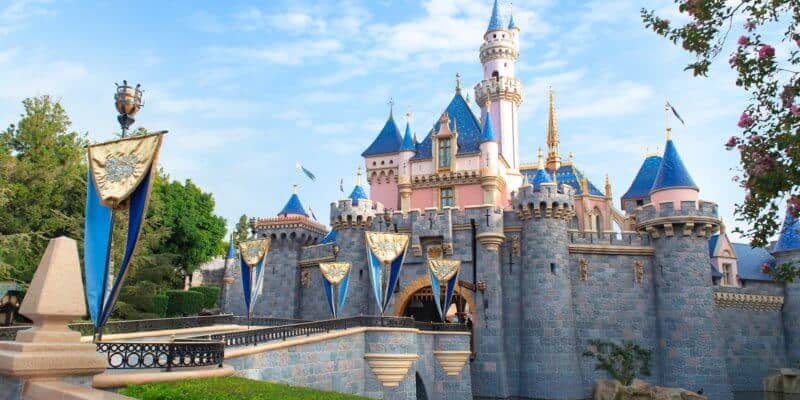 The Happiest Place On Earth is jam-packed full of attractions and experiences. From its early beginnings back in 1955, Disneyland Resort has grown exponentially with the addition of themed lands across both Disneyland Park and Disney California Adventure Park.

Whether it is Batuu’s Black Shire Outpost at Star Wars: Galaxy’s Edge or the Guardians of the Galaxy overlay at the former Twilight Zone Tower of Terror, Disney has significantly instilled Intellectual Properties (IP) at Disneyland Resort. Now, Disneyland President, Ken Potrock, has said that more IP-themed experiences are on the way, defying those Guests that wish Disney Parks would implement more original attractions across its portfolio.

From its Parks and hotels (Disneyland Hotel, Disney’s Grand Californian Hotel & Spa, and Disney’s Paradise Pier), as well as the Downtown Disney District, it’s evident that the Mouse House wants Guests to be fully immersed in all things Disney as soon as they enter the Disneyland Resort.

Walt Disney Imagineering is renowned across the world. With theming across many lands in many different Parks, Disney’s footprint on theme park creativity is relatively unmatched. However, in spite of beloved original attractions like Jungle Cruise and Pirates of the Caribbean at Disneyland Park in Anaheim, California — the latter of which spawned a billion-dollar franchise –, Disney Parks has remained firm on utilizing IP overlays and basing new attractions exclusively on IP throughout their Resorts.

At Disneyland, entire lands like Star Wars: Galaxy’s Edge and Avengers Campus (themed around the Star Wars and the Marvel Cinematic Universe brands) have erupted in the past few years. Prior to the latter, Disneyland made the polarizing decision to retheme The Twilight Zone Tower of Terror to Guardians of the Galaxy — Mission: BREAKOUT!. Some Guests argued the change while others enjoyed the new overlay of the MCU’s favorite misfits at the Disney Park.

Now, it seems that Disney Parks are not slowing down from incorporating more IP at their Resorts.

There’s a lot more coming. One of the things that’s so exciting about this company are our intellectual properties — the movies and TV shows that are coming out.

Potrock also spoke about how the Disney theme parks are likely to incorporate IP “quickly” in the Park:

We’re working really hard to quickly infuse that IP into the Disneyland resort — sometimes in a matter of weeks — so not everything takes four years to build. We’re very focused on that — so that we’re always fresh and different and there’s always something new to see.”

During the run of Kate Herron and Michael Waldron’s Loki, Disneyland’s own God of Mischief changed costumes, entertaining Guests on their Disney vacation as the Multiverse Variant most recently appearing in the Disney+ series. Likewise, after Marvel’s animated show, What If…? released and brought the infamous Zombies into the Marvel Cinematic Universe canon, California Adventure debuted Zombie Captain America during the Oogie Boogie Bash Event at Halloween.

IP tie-ins are not exclusive to Disneyland Resort either. Over at Walt Disney World, Maelstrom was famously replaced in 2014 by a new Frozen (2013) facade — Frozen Ever After — at the Norway Pavilion at EPCOT’s World Showcase.

International Disney Parks have not escaped the IP overlay treatment. Disneyland Paris’ version of Space Mountain (Space Mountain: Mission 2) became Star Wars: Hyperspace Mountain for the 25th anniversary celebration and has remained themed to this IP ever since.

Most recently, Lin-Manuel Miranda revealed he had already reached out to the Walt Disney Company regarding a potential Encanto (2021) attraction following the 60th animated feature’s remarkable success.

It is always fun for Guests to experience their favorite IP in a tangible environment like the attractions and experiences at Disney Parks; recently heightened at Walt Disney World with the imminent arrival of the Star Wars: Galactic Starcruiser. But, with Parks like Disneyland Resort “quickly infusing” IP from the variety of movies and TV shows coming down the line, could Disney fall into a trap of its own making? And will original attractions naturally be phased out?

The resurgence of Figment love at Disney World may prove the longing for Disney original creations is still burning strong.

What do you think of more IP at the Parks? Let us know in the comments down below!