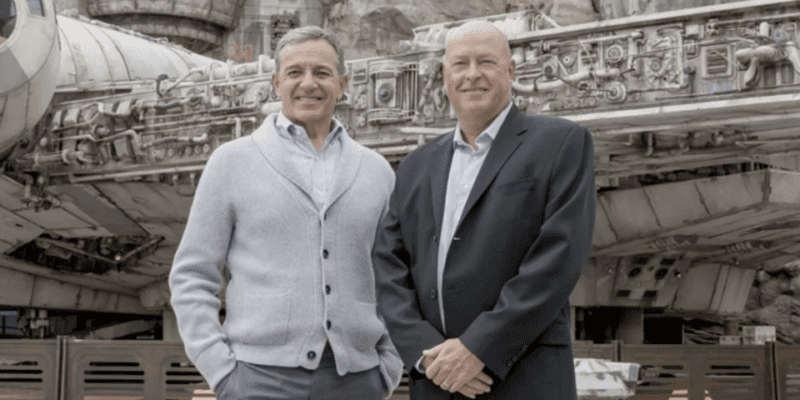 This year has been very transitional for the Walt Disney Company. Not only did the company as a whole have to deal with the pandemic, which brought them a fortune in some departments such as Disney+ and entertainment, but financial loss, struggle, and hundreds of thousands of layoffs in others like their theme park industry.

One major change is with Disney CEO Bob Chapek. Previously, we saw Bob Iger helm the title of CEO for 15 years, since 2005. Now, he is chairman, helping guide Chapek through this transitional period. At the moment, Iger is in charge of the majority of the company’s creative side, while Chapek learns the ropes and is mentored by his predecessor. That being said, Iger will soon be turning in his Disney ID badge at the end of the year, and Chapek will be on his own.

During a recent annual retreat for the company’s upper management at Disney’s Aulani Resort in Hawaii, Iger spoke about his advice on successfully being the CEO of The Walt Disney Company. It seems that Iger wanted to leave everyone with one piece of advice, and that was not to let data control their decision, but rather, creativity.

“In a world and business that is awash with data, it is tempting to use data to answer all of our questions, including creative questions,” he said. “I urge all of you not to do that.” If Disney had relied too heavily on data, he noted, the company might never have made big, breakthrough movies like Black Panther, Coco and Shang-Chi and the Legend of the Ten Rings.

Once Iger’s advice became public knowledge, some believed that it was directed at Chapek, who is a business-orientated and number-driven person. That being said, Iger seems to say the opposite of that belief, stating that the mentorship position that he has taken was his idea, approved by the board, and things are moving as planned and expected in terms of a flawless transition.

Marvel Studios president Kevin Feige has come to the defense of Chapek, believing he is more creative than others give him credit for. Feige said, “I think he is a creative guy, a nice guy, a real guy,” which he got to see when Disney California Adventure replaced Tower of Terror attraction with the Guardians of the Galaxy — Mission: Breakout!, as Chapek was a prominent proponent of the change.

What do you think of the transition from Bob Iger to Bob Chapek? Let us know in the comments below!