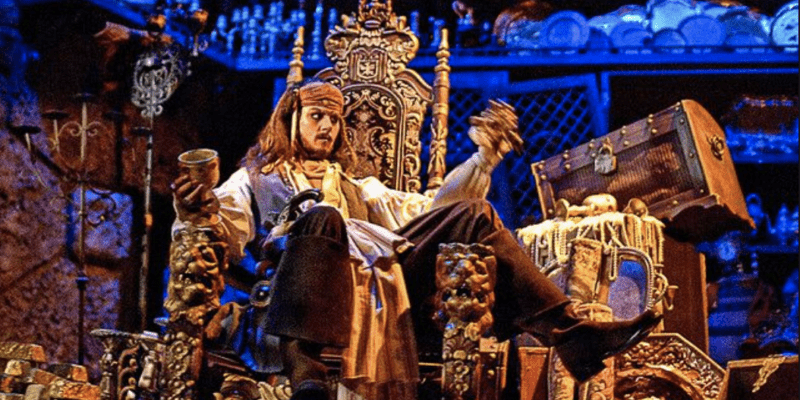 Guests visiting Disneyland Resort this month will be without a fan-favorite attraction after the Park indefinitely closes Pirates of the Caribbean.

For many, one of the main draws of Disneyland Resort is the history and nostalgia of The Happiest Place On Earth. Now, with lands like Fantasyland, Star Wars: Galaxy’s Edge, and Mickey’s Toontown — the latter closing this month for refurbishment — at Disneyland Park, Guests can experience Disney magic in a whole host of different ways.

That being said, unfortunately, as maintenance needs and updates require attraction closures, not all of the Disney Park’s rides can remain open throughout the year. This is the case for the fan-favorite, and theme park staple, Pirates of the Caribbean in New Orleans Square.

As we reported, a number of attractions will be unavailable during March at Disneyland Resort, and Pirates of the Caribbean will close on March 14, 2022, with a reopening date not yet announced. Currently, the official website states the ride is “expected” to reopen at the Disney Park sometime in Summer 2022.

The water ride, which spawned the popular and commercially successful Pirates of the Caribbean film series from the Walt Disney Company starring Johnny Depp — who actually showed up in-person at the attraction a few years ago –, will be out of action indefinitely.

The official Disneyland website shows us that on March 13, the attraction will operate from 8 a.m. to 11 p.m. but, as of March 14, Pirates of the Caribbean will have “No Times Available”.

Guests visiting the Resort at this time may instead fill their vacation with other attractions like Space Mountain or Haunted Mansion at Disneyland Park, or possibly WEB SLINGERS: A Spider-Man Adventure and Radiator Springs Racers at Disney California Adventure Park’s Avengers Campus and Cars Land, respectively.

As of December 8, 2021, many of Disneyland Resort’s rides became part of the new Disney Genie+ service for an additional fee of $20 on top of Park ticket admission. The system replaced Disney MaxPass and FASTPASS at the California Disney Parks, issuing in a new era of theme park planning and new attraction entrances. The Lightning Lane is used as part of the Genie+ and Individual Lightning Lane Selections which sees attractions like Splash Mountain, Big Thunder Mountain Railroad, and Star Wars: Rise of the Resistance, utilize for efficient Guest entry.

Pirates of the Caribbean was one of the attractions not included in the Disney Genie+ selections so Guests may have to tap into the extra spend during its closure in order to experience other rides. It is a shame that the swash-buckling-themed boat ride will be closed for such an extended period of time but refurbishments on these historic attractions are needed to maintain a satisfactory Guest experience.

In fact, it was not long ago that Pirates of the Caribbean saw a prolonged downtime with some Guests waiting up to 90 minutes to be evacuated by Cast Members. On this occasion, some riders had to be rescued by firefighters during the malfunction. Beyond Pirates not appearing on the upcoming Disneyland calendar, it is not yet known exactly why the attraction will close or what work will be done before it eventually reopens.

What would you like to see updated on the Pirates of the Caribbean attraction? Let us know in the comments down below!