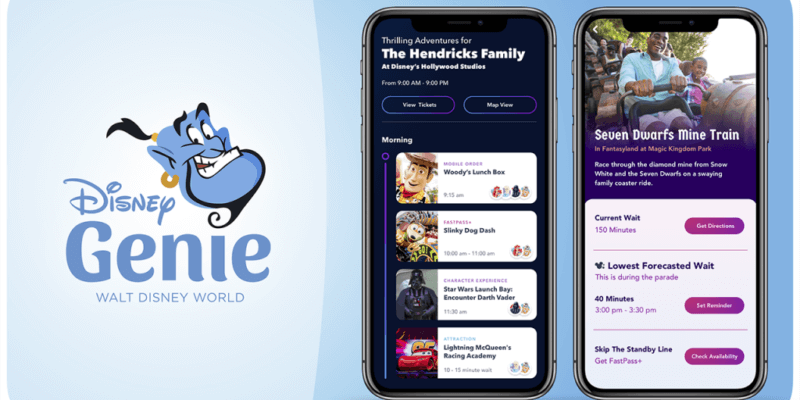 When it comes to operating Disney Genie+ to obtain your next Lightning Lane reservation, whether you are at Walt Disney World or Disneyland, the timing of everything can get tricky. With Lightning Lane selling out so fast a lot of the time, Guests may wonder what is the best way to use the system so that they can optimize their day, and money. And, it seems there may be a small hack that Guests can use to eliminate the swirling circle of doom which happens while the My Disney Experience app loads, at times.

Before we dive into that hack, we must understand Lightning Lane, and how it functions, as the speed in which you make selections may vary in importance.

Depending on where you are in the Park, or on Disney Property, you may realize that the internet connection is not as strong which can be detrimental to your selection process. On Reddit, one user worried about being on Disney Wifi. Bhockey_07 asked:

Is it best to turn of WiFi when doing your 7AM genie/LL selections?

Is it recommended to use only your cellular data to have the best service possible?

Is it best to turn of WiFi when doing your 7AM genie/LL selections? from WaltDisneyWorld

Although some Guests responded that they do not think that it mattered, others noted the days where they were struggling to get a Boarding Pass for Rise of the Resistance due to Disney Wifi being so slow. If you are trying to access the wifi in a very crowded area, or at a time when many people are using it, the internet will likely be slower. As someone who has made the mistake often, I would suggest moving to a less crowded area and using your cellular data (as long as you have a good connection) to make timely selections on Disney Genie+!

This can ensure your speed is as fast as possible, and deter you from missing that Rise of the Resistance Lightning Lane purchases. Coming out of Presidents Day weekend where the Parks all hit Park Pass capacity, it is important to always find the best way to score those Lightning Lanes if you are planning on making the purchase!

What do you think about Disney Wifi speeds? Have you had an issue connecting in the past?