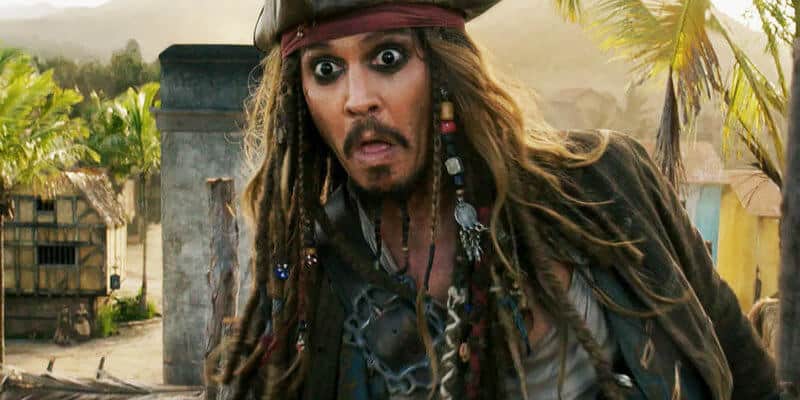 And while Disney Parks are some of the most family-friendly, happiest, and creative theme park Resorts in the world, sometimes incidents occur where Park rules are broken and inappropriate behavior takes place on Disney property. One recent report details events relating to the debut of Captain Jack Sparrow at the Walt Disney World Resort.

Character experiences are some of the most magical parts of a Guest’s Disney World vacation. Disney aims to bring the worlds of their movies and television shows to the Parks all throughout the year, even though, at the moment, seeing Disney characters is happening somewhat differently. That being said, Disney recently announced the return of meet and greets, albeit modified, like the Disney Princesses at Princess Fairytale Hall and Mickey at Town Square Theater.

In a pre-pandemic world, character meet and greets were a huge part of the Walt Disney World experience, during which families could engage with their favorite characters and even give them hugs and get their autographs. One popular Disney Parks character is Captain Jack Sparrow.

With an already popular ride in the form of Pirates of the Caribbean at Magic Kingdom, and then a huge blockbuster movie of the same name starring Johnny Depp (Jack Sparrow), Orlando Bloom (Will Turner), and Keira Knightley (Elizabeth Swann), the pirate’s arrival at the Walt Disney World Resort was much celebrated. As with any character’s likeness to its source material, Disney World’s Jack Sparrow took on the same jovial attitude that Depp originated for his most commercially successful role to date.

So popular, in fact, that some Guests allegedly chose to act inappropriately around the character while visiting the Orlando Resort on their Disney vacation. Writing a report on his time with Walt Disney World, Brandon Presser spoke to various Cast Members about any unusual happenings at the Disney theme Park with one commenting on how people would act around the pirate captain.

“Back when we debuted Jack Sparrow from Pirates of the Caribbean, he was mercilessly felt up all the time,” says another former cast member.

“Women were putting their hotel key cards in his pocket every day, usually saying something like, ‘I know you’re not Johnny Depp and I don’t care’ or ‘Come find me later—and keep your costume on.’ ”

It must be noted that this alleged behavior is completely unacceptable and inappropriate. Recently, a video caught one Guest touching Gaston when the character then immediately asked her to leave. The report expands on this, saying:

But Disney goes to great lengths to avoid unwanted advances on its staff. An entourage of handlers keeps rowdier guests at bay—one of my jobs was to help ensure social distancing at performances of the Dapper Dans barbershop quartet—and nonverbal Characters are trained to politely bow out of any tense situation by using a special crossing of the arms over their chests as a distress code. (The posture isn’t allowed under any other circumstances.)

The Disney Resort has strict guidelines when it comes to the safety of its Guests and Cast Members, such as the following:

Despite the controversy surrounding Depp and his legal battles with his ex-wife, Hollywood actress Amber Heard (Aquaman), Jack Sparrow has remained a feature of the Disney Park experience with appearances at Resorts like Disneyland Paris and Walt Disney World.

More on The World’s Most Magical Celebration

Disney’s 50th anniversary celebration also marked the opening of the new attraction, Remy’s Ratatouille Adventure, and the new nighttime spectacular, Disney Enchantment. The World’s Most Magical Celebration begins as many Disney fans wait for the debut of Disney Genie.

Have you ever met Captain Jack Sparrow at a Disney Park? Let us know in the comments down below!