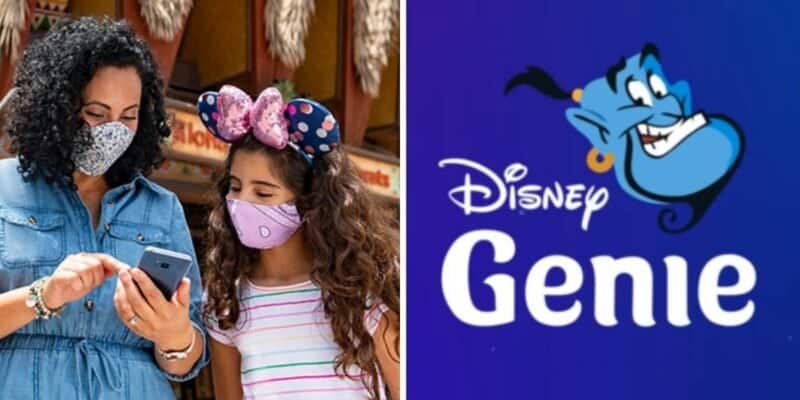 Many changes are coming to not only the Walt Disney World Resort in terms of the 50th anniversary celebrations but also Disneyland Resort.

Both theme park resorts are finally back to selling Annual Passes, but FastPass and MaxPass have both been missing since pre-pandemic. Recently, we discovered that Disney World and Disneyland would be incorporating Disney Genie into Guest’s day with the additional option of Disney Genie+ for purchase.

There will also be another option for Disney Genie, allowing Guests to purchase single experience passes for more coveted attractions such as Rise of the Resistance or Seven Dwarfs Mine Train at an added cost. These rides will have their own price, which will differ depending on the day and attraction, and are not included in your Disney Genie+ purchase if you decide to purchase that offering as well.

Disney has not yet stated what price range they will be working with at Disneyland and Disney World, but we do know that Disneyland Paris runs their individual attraction FastPasses, which range around $9.00 – $18.00. We do not know if those prices are indicative of what we will see in the American Parks, and at the moment, there is no timeline on what Disney will release more information.

One thing Guests do need to know is how to get Disney Genie+! The service will be available either pre-arrival as part of a ticket or vacation package add-on, or through the My Disney Experience and Disneyland apps for day-of purchases. If you use Academy Travel, or another Disney authorized travel agent, they can add that into your package. Once the individual Lightning Lane tickets are available, Guest will only be allowed to purchase them through the apps on the day of their visit only.

At the moment, Disney has not announced a debut date for Disney Genie or Lightning Lane at this time. Inside the Magic will update you as we get information.

Do you plan on purchasing Lightning Lane once it becomes available?