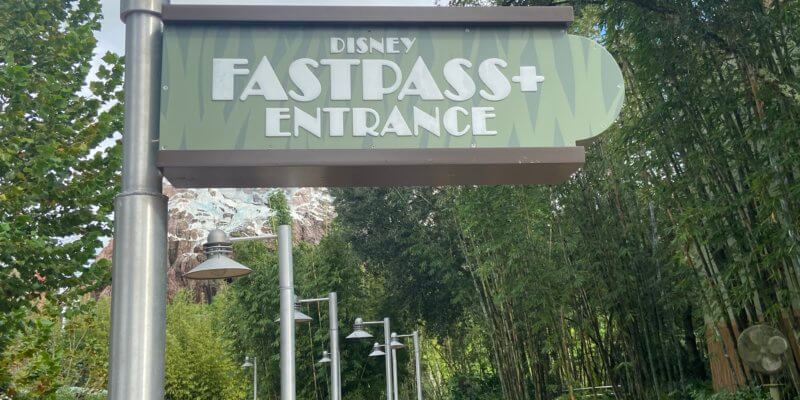 Disney fans, we finally have FastPass news! The FastPass/FASTPASS system has been suspended at Walt Disney World Resort and Disneyland Resort ever since the theme parks first reopened amid the pandemic. But now, Disney has revealed some big news about the new paid system that is taking its place.

Here is everything you need to know about the brand new paid FastPass system that is being introduced to the California and Florida Disney theme parks — the Disney Lightning Lane through Disney Genie+.

Disney Parks Blog has officially announced that the free version of FastPass/FastPass+ at Walt Disney World Resort and FASTPASS/MaxPass at Disneyland Resort will be retired. Instead, Disney is introducing the Disney Genie along with a new Disney Genie+ “Lightning Lane” queue system, a paid iteration of FastPass. It will be rolled out sometime this fall, though an official debut date for each theme park wasn’t released yet.

Note that even though this new system is being introduced, traditional standby queues as well as virtual queues will still be available. So, if a Disney Park Guest does not want to pay for access to Disney Genie+, they can still stand in a traditional standby line to ride attractions at the theme parks.

This new Disney Genie+ service is a paid version of FastPass/FASTPASS, but it will work a little differently. There will be two ways Guests can get access to the Lightning Lane (the new FastPass lane) for eligible attractions at the theme parks.

Firstly, Guests can get access to the Lightning Lane on eligible attractions using the new Disney Genie+ service, which will be available for purchase for $15 per Guest, per day at Walt Disney World and $20 per Guest, per day at Disneyland Resort. Disney says that this system is the “next evolution” of the Disney MaxPass, a paid FASTPASS system that was introduced at the Disneyland Resort in California a few years ago. For a flat rate, you can make Lightning Lane selections for several eligible attractions. However, it is important to note that not all attractions will be available within the Disney Genie+ service.

The second way that Guests can use the Lightning Lane allows Guests to purchase access to two individual attractions per day. The attractions included here are some of the most highly coveted rides at the Disney Parks — if you are a frequent visitor, you likely know The price will vary by date, and pricing has not yet been announced. However, keep in mind that this option to purchase access to the Lightning Lane is specifically for the attractions that are in the highest demand, such as Radiator Springs Racers at Disney California Adventure and Seven Dwarfs Mine Train at Magic Kingdom.

Therefore, if you purchase the Disney Genie+ for the flat rate of $15/day at Disney World and $20/day at Disneyland, but you still want to experience the Lightning Lane queue for some of the more popular attractions not included in Genie+, then you would need to pay an additional fee to make those Individual Attraction Selections, and that price will vary.

Here are the specific details that Disney Parks Blog has released so far:

For even more convenience and flexibility, there are two other options for enjoying our theme parks, through a queue we are introducing called the Lightning Lane entrance that also saves you time in line:

While the FASTPASS, FastPass+ and Disney MaxPass services will be retired, we’re incredibly excited about the flexibility and choices Disney Genie service provides. You can choose from all of our new options, a mix of them or none at all, and continue to have a great experience no matter how you decide to plan your best Disney day.

Disney Parks, Experiences and Products Dhairman Josh D’Amaro explained to D23 why some Lightning Lane selections are a la carte and others are included in the Disney Genie+.

He shared, “We’re trying to make sure we have ultimate flexibility in allowing our fans to cater their experiences as they see fit. Some attractions are in more demand than others, so what we wanted to do was create a mix within that ecosystem whether it be with Disney Genie+ or Lightning Lane individually.”

Stay tuned for more details to come as Disney Parks will be sharing even more information for Walt Disney World Resort and Disneyland Resort in the near future.

What do you think of the new paid FastPass system — Lightning Lane through Disney Genie+ — coming to Disneyland and Disney World? Let us know in the comments!