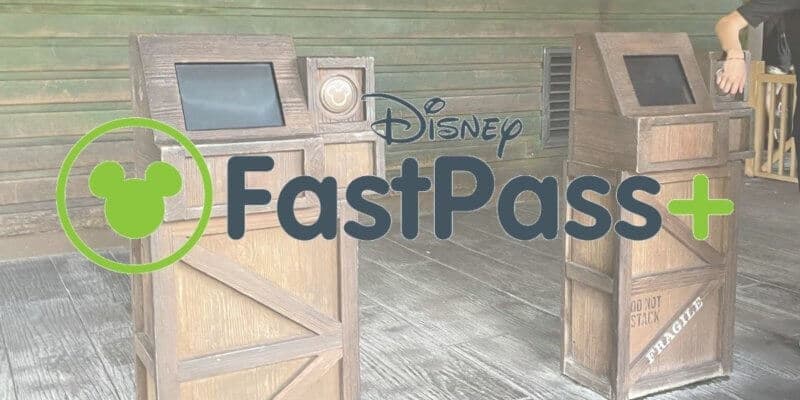 When Walt Disney World reopened its theme parks to the public last summer, they implemented several changes to operate as safely as possible amidst the ongoing pandemic— one of them being the temporary elimination of FastPass+.

However, as we move forward against COVID-19, Disney World continues to modify safety protocols put into place. With this being said, could they be gearing up to bring FastPass+ back as well?

On a recent visit to Magic Kingdom, one of our reporters noticed that the FastPass+ kiosks near Jungle Cruise in Adventureland have now been uncovered, as seen in the images above and below.

Although the FastPass+ kiosks have been uncovered, it is important to note that they remain off and are not in use at this time. This is still exciting news as these kiosks have remained covered for the last year.

At this time, Disney has not announced if FastPass+ will return to the theme parks in the near future. Many have been wondering what will happen with this system as Disneyland Paris recently announced the retirement of free FastPasses and, instead, is bringing a new paid system called Premier Access.

Disney World has not announced if FastPass+ will retire or if it will come back, but Inside the Magic will update you as we get information.

FastPass+ allowed Guests to select certain attractions that they wanted to bypass the line for before even leaving their home! They would choose an attraction and a time frame, which would then be linked to their My Disney Experience account.

Once it was their time to ride, they would go to the attraction queue, scan their MagicBand or ticket/Annual Pass, and bypass the line. This not only allowed Guests to experience other things in the theme park but also helped to eliminate more Guests standing in the physical line.

However, as previously mentioned, FastPass+ is still temporarily suspended as the official Disney World website states:

Do you want to see FastPass+ brought back? Let us know in the comments below.

It can be reassuring to have expert help as you navigate certain theme park changes. If you need help planning your next Disney vacation, our friends over at Academy Travel understand these ongoing changes and will make sure your trip is still as magical as ever. Click here to learn more and receive your free, no-obligation quote today.