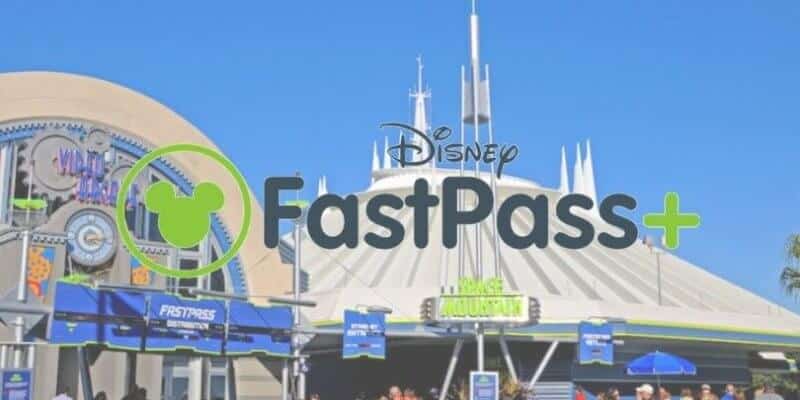 When Walt Disney World reopened its theme parks to the public back in mid-July 2020, several changes were implemented — one of them being the elimination of FastPass+. It was indicated that this would be a temporary suspension of FastPass+ for the time being due to the pandemic. But still, several months after the theme parks first reopened last summer, the service has not yet returned.

At this time, the official Disney World website states the following regarding FastPass+:

Currently, Disney has not stated when FastPass+ will return to the theme parks; however, on a recent visit to Magic Kingdom, park-goer Mitchell Lancaster noticed that the FastPass+ sign at Space Mountain looked a bit different.

At the time of publication, Disney World has not given any indication that FastPass+ is gone for good, and as mentioned the official Walt Disney World website still notes the service is suspended.

This Space Mountain sign could be an indication that Disney has plans to change the FastPass+ for Space Mountain (or in general) in some way, but it also could just be a regular maintenance job that Disney World workers could be performing. Perhaps they are even planning to utilize the FastPass+ queue space for the regular standby attraction queue. Or, it’s possible that they are performing maintenance on the FastPass+ queue sign in order to get it in tip-top shape before the service returns to the Disney World theme parks. However, all of this is speculation, and for now we just know some Guests may be a bit befuddled at the current signage!

Stay tuned to Inside the Magic for updated information regarding FastPass+ and Disney World.

Related: What is the Future of the WDW FastPass System?

Over in California, Disneyland also has a FASTPASS system, which will be temporarily suspended as well once the theme parks reopen to Guests on the West Coast.

Do you hope to see Disney World bring back FastPass+? Let us know in the comments below.

It can be reassuring to have expert help as you navigate these theme park changes. If you need help planning your next Disney vacation, our friends over at Academy Travel understand these ongoing changes and will make sure your trip is still as magical as ever. Click here to learn more and receive your free, no-obligation quote today.