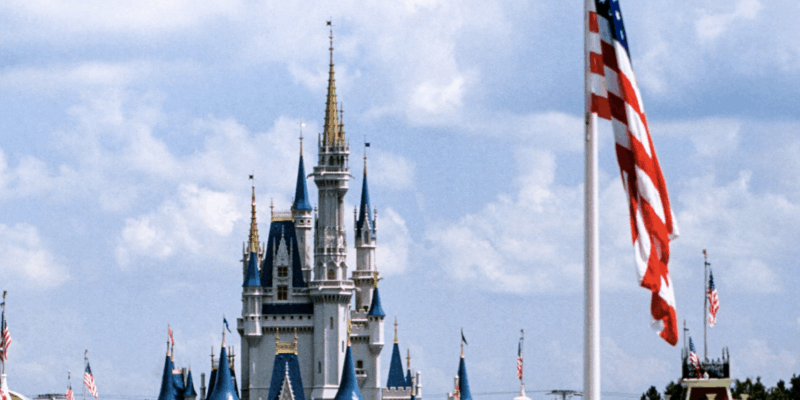 Magic Kingdom is home to all kinds of iconic and celebrated attractions.

When visiting the Disney Park, you can enjoy many rides like Haunted Mansion, Splash Mountain (while it’s open), Space Mountain, Big Thunder Mountain Railroad, Pirates of the Caribbean, “it’s a small world”, Peter Pan’s Flight, Seven Dwarfs Mine Train, and many more.

In addition to the special rides, you can also experience many forms of beloved entertainment, including the Festival of Fantasy parade, Mickey’s Adventure Friends Cavalcade, and the nighttime fireworks spectacular Disney Enchantment, which will soon be replaced by the fan-favorite Happily Ever After.

Twitter account @Just_ThemeParks shared a photo showing a rocket launch, which could be spotted by Guests at the Park.

Very cool to see a rocket launch while walking through Magic Kingdom, just a shame we were not in Tomorrowland at the time as that would have been even better.

Very cool to see a rocket launch while walking through Magic Kingdom, just a shame we were not in Tomorrowland at the time as that would have been even better 😅 pic.twitter.com/S0pBRdKbA4

It’s a pretty rare sight to see and something that absolutely is worth documenting if you were in the Disney Park. There is currently a plan for three back-to-back-to-back rocket launches this week.

This particular rocket, Atlas V, was launched carrying two communications satellites. Those satellites will provide C-band television and data services for the U.S. and liftoff took place at 5:36 p.m.

This isn’t the first time that Guests have spotted a rocket being launched over Walt Disney World Resort, but it’s certainly something that doesn’t happen very often.

What do you think of this rocket launch? Let us know in the comments!