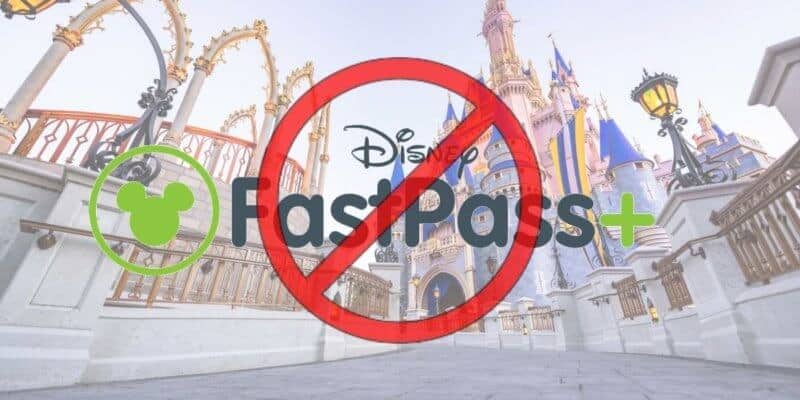 When Walt Disney World reopened its theme parks to the public, several changes were implemented as they kept safety in mind.

Some of these changes include no parades, fireworks, or character meet and greets, social distancing in attraction queues and in high volume areas, the requirement of wearing a face mask, sanitizing stations located throughout the parks, encouragement of mobile ordering for food, and of course, the temporary suspension of FastPass.

Though several Guests were upset to see Disney remove FastPass for the time being, many understand why this had to happen in order to reopen the parks. And many are thankful it’ll only be temporary — but not everyone feels this way.

In fact, one Reddit User recently shared a post saying how they wish Disney would keep the no FastPass permanently. They write:

I really do like the no Fast Pass right now at WDW.

I know it won’t last. Whenever things get back to normal the Fast Pass system will return and I do understand the reasoning behind the system.

Right now it’s pretty nice to queue up and know that only the people actually in front of you are all that are between you and the attraction you’re about to experience. Buzz Lightyear here I come.

Some of the comments, however, tell a different story. One user writes that they understand not having FastPass is completely fine during this time, especially since capacity is limited.

Of course no FP is good when the crowds are at 20% of their normal levels… FP would also be fine right now, you wouldn’t even notice it. The problem is simply that pre-covid the parks had too many people to casually spend a day and still do every attraction.

Another user explains how FastPass is so essential for rides since wait times can become unbearable when capacity isn’t limited.

I’ve gotten to the point where if I don’t have a fast pass I won’t even bother with the ride unless it’s less than a 15 min wait because I’ve been on the rides so many times. Ive also gone to a park rode 1 ride and left way too many times now.

There has not been any word on if Disney World will keep FastPass eliminated permanently, or even how long FastPass will be suspended. Inside the Magic will continue to update you as we get new information.

So what do you think? Do you want to see Disney remove FastPass permanently? Let us know in the comments below.