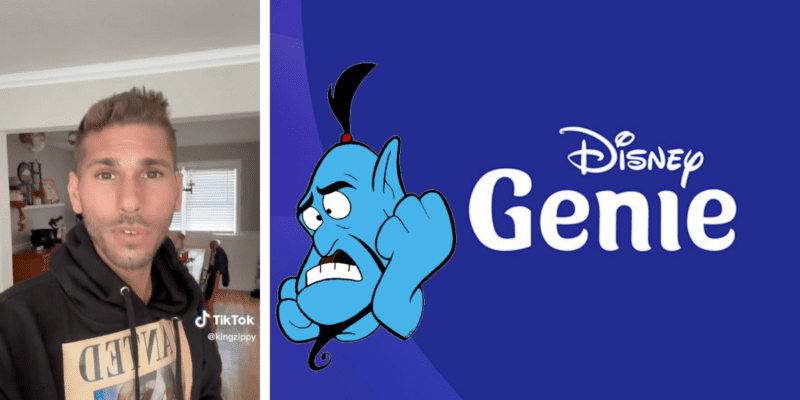 Many Guests have complained about the service and the need to spend all day planning your Disney Parks visit minute by minute. Even an expert app developer claimed they would be fired if his team designed the Disney Genie system.

This week, an influencer spoke about his experience with Disney Genie+ and Lightning Lane. @kingzippy is a family-friendly content creator with 7.4 million TikTok followers. He visited Walt Disney World Resort with his daughter and shared this video about his experience there:

@disneyparks what happen to the magic ? #disney #disneyland #disneyworld #vacation

“Mickey Mouse, what happened to Disney?” he asked. “I went to Disney to get off of my phone and just enjoy my vacation, and then the whole time, I’m sitting there on my phone.”

Additionally, the influencer felt it was unfair that Guests still in their hotel rooms get to select Lightning Lane return times at the same time as Guests in the Disney Parks.

“It’s not fair that Carol sitting in her hotel room, gets to schedule she’s going on ‘it’s a small world’ at 10 to 11 a.m. while I’m walking around the Park wondering how I’m going to get in the Lightning Lane,” he explained. “… It’s not fair for the people at the Park that are really trying to get on rides, meanwhile, Carol is in her hotel room scheduling her entire day.”

“I just want to buy a FastPass. Give me a wristband and let me just go on all the rides,” the Guest said. “So Mickey Mouse, if you give me the option to just buy a FastPass wristband, I will pay whatever money you want, and I will schedule a vacation to Disney next week.”

In written comments, he explained that when he arrived at Park open, all Lightning Lane rides were booked through 3-5 p.m. Though he eventually figured out how to better utilize the paid service, he still felt it wasn’t worth it.

“I figured it out at magic kingdom thankfully we got on every ride but I was still on my phone the entire time instead of enjoying it with my daughter,” he replied to one commenter.

What do you think of Disney Genie Plus and Individual Lightning Lane service?