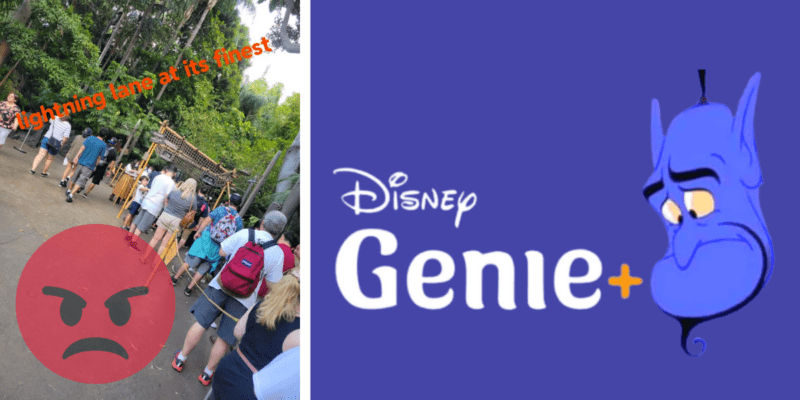 Last month, Disney scrapped “planning ahead” and made Genie+ only available for purchase on the day of your Disney Park visit. Individual Lightning Lane passes are also available for high-demand rides and frequently sell out in minutes.

A recent Disneyland Park Guest took to Reddit to share a photo of a lengthy Lightning Lane queue for Indiana Jones Adventure. “Glad I spent the extra money for this,” user u/sullyman22 wrote:

glad I spent the extra money for this from Disneyland

The queue extended past the standard Lightning Lane entrance for the ride, while the standby queue was much shorter.

It’s important to note that Lightning Lane Guests get admitted to rides at a much higher rate than standby Guests. Lightning Lane will almost always be faster than waiting for your favorite Disney Parks attraction, even with a lengthy line.

Have you tried Genie+ on a recent Disney Park vacation? Was it worth it? Let us know in the comments.