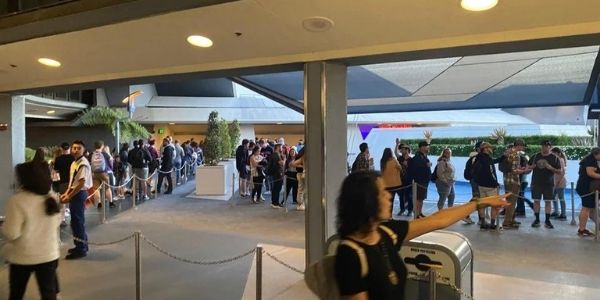 Disney Genie+ and Lightning Lane were released last year to lots of confusion and frustration, leaving some Guests feeling confused by the service. In theory, this paid service should enhance Guests’ experience at the Parks, but in practice, it seems to just be an expensive itinerary planner for some, while others love it. These paid services allow Guests to skip lines for a price, meaning Disney now has a financial incentive to have long lines.

We have seen multiple occasions where Guests do not completely approve of this new system. Disney Genie is free, but for an extra charge, Guests can upgrade to Genie+, which allows them other access to reservation systems and the option to purchase individual Lightning Lanes for rides, essentially letting them pay to skip the stand-by ques. As stated above, this new system has been met with lots of frustration and criticism from new and long-time Disney Guests and fans.

This concern was recently exemplified in a post shared on Reddit. Check it out below from u/minivan2:

Welcome to lightning lane from Disneyland

As you can see, the Guests who were paying anywhere from $12-$20 were left in an incredibly long-looking line, the exact opposite of what Lightning Lane should be. Reactions varied in the comments under the post, with many discussing whether or not Disney Genie and Lightning Lane are efficient.

One user said, “The problem is the standby queue gets so long because they send all the lighting lane people to the same ride with a short standby making it take so much longer. It happens all the time now. A standby line is moving nice and smooth and then a massive group of lightning lane people are all sent to the ride at once. Immediately the ride is overcrowded. Before lightning lane the queues were sooo smooth. There really wasn’t anything with over a 45 minute wait. Now that they’re here most rides will take over an hour.”

Another said, “I was there tonight and was in that line as well. It’s really a shame that this is what can happen.” Another user sorrowfully remembered the days of Disney’s FastPass, saying, “So sad to see. Those of us present for the final development and rollout of Fastpass were always fearful it would eventually go this way, but it’s still heartbreaking to see.”

Have you used Disney Genie or Lightning Lane?