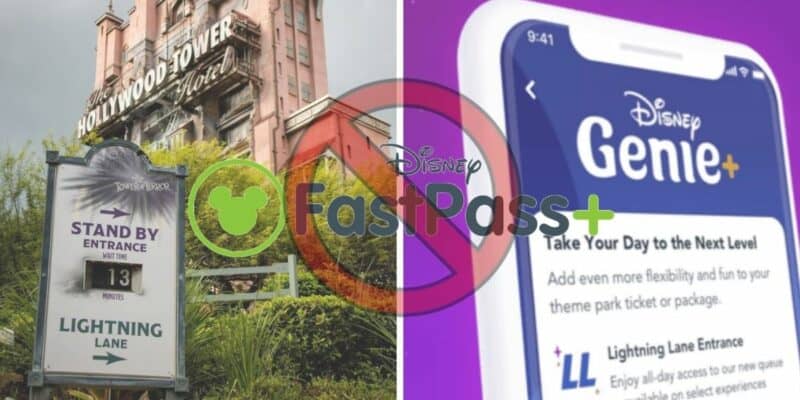 For starters, Disney World Guest Sophie took to Instagram to share a recent photo of the new Lightning Lane signage that has appeared on the EPCOT attraction, Soarin’ Around the World:

Lightning Lane signs have gone up all around the parks. I’m so sad about this development.

And Andrea shared a photo of the Lightning Lane sign appearing at Magic Kingdom’s The Many Adventures of Minnie the Pooh, writing:

Lightning Lane signage has been making an appearance.

And over in Disney’s Hollywood Studios, Guests are beginning to notice Lightning Lane signage appear on popular attractions such as Tower of Terror. According to Chad & Cindy on Instagram:

New Lightning Lane signs have been popping up around Walt Disney World! The “Lightning Lane” at Twilight Zone Tower of Terror seems fitting. Don’t you think?

These are just a few additions to the Lightning Lane signs Guests have been noticing pop up around the Parks for the last few weeks.

For more information on Disney Genie, visit our website here.

Though Disney Genie was announced at the 2019 D23 Expo as part of the experiences and enhancements Guests can look forward to for the 50th anniversary, which will begin on October 1, Disney has not announced a debut date for Disney Genie or Lightning Lane at this time. Inside the Magic will update you as we get information.