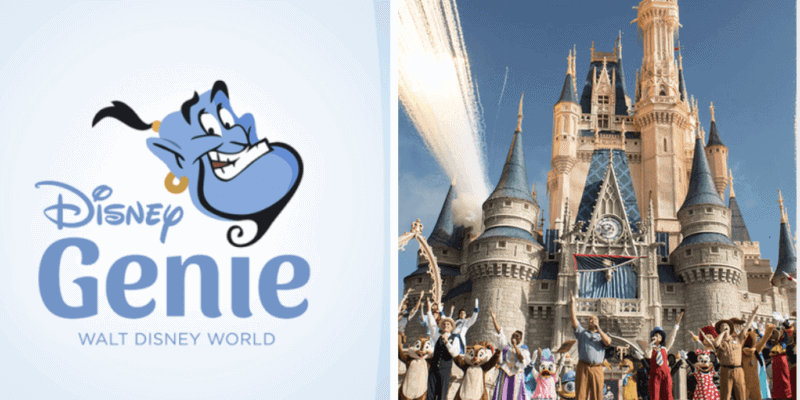 When all of the world’s six Disney theme parks closed temporarily due to the global health crisis, the Disney Parks team had to make unprecedented decisions about when and how to once again welcome Guests to Disney theme parks.

Now, with Shanghai Disneyland officially reopened to the public, Walt Disney World beginning its phased reopening on July 11, and reopening announcements for resorts including Hong Kong Disneyland and the original Disneyland Resort in Anaheim, California potentially imminent, it is time to start understanding what the Disney vacation experience is likely to look like for the foreseeable future.

One thing we know for sure is that Disney World will be implementing a brand new reservation system to assist with crowd control. Details are scarce, but it is possible that this new system could be the Disney Genie app that was previously announced by now-Disney CEO Bob Chapek at the 2019 D23 Expo.

What is Disney Genie?

Originally slated to debut in late 2020, the Disney Genie vacation planning app was originally touted as a tool to “make planning easier and more fun by providing customized itineraries geared to your interests, right at your fingertips – from a royal, princess-themed day at Magic Kingdom Park to a trip around the world at Epcot for foodies and even a perfect day for thrill seekers.”

In addition to helping you plan your dream Walt Disney World vacation, last year’s Disney Genie announcement included details about how the new WDW app would “send you real-time tips and updates, including recommendations for experiences it thinks you’ll love, helping you navigate the theme parks with added convenience and comfort. If you don’t want to worry about making reservations in multiple steps, Disney Genie will even take care of that for you.”

All of this sounds like exactly what the Disney Parks need to help keep Disney magic alive in a post-pandemic world! In order to fully understand what the new reservation system could look like, though, it’s important to understand what has already taken place in Shanghai.

How is Disneyland Shanghai handling reservations?

The Shanghai Disneyland reservation system has been operational since it became the first Disney park to reopen on May 11. Visitors to the Disney theme park in China can view reservation advice on either the general website or the Annual Passholder page.

Initially this reservation system was only in place for Annual Passholders, but now all Guests can access it.

This reservation system could easily be integrated into a reimagined version of the Disney Genie app. The new Disney QR code entry process is designed to eliminate fingerprint scanning and reduce overall entry time, lowering the number of people loitering outside of the gates at any given time.

Furthermore, if Disneyland and Disney World introduce more virtual queues (like the current boarding groups for Rise of the Resistance), Disney Genie could also handle those ride “reservations.”

What about the Disneyland Flex Annual Pass?

Currently, Disneyland Resort Annual Passholders who possess the Flex pass option are required to reserve park days in advance for many popular dates, such as weekends and high-traffic holidays.

The current online system features a color-coded calendar that helps Disney pass holders determine if they need a reservation for a specific day. Guests simply select which park they would like to visit (or both parks) and the type of Annual Passport they hold (in this case, a Disney Flex pass):

A calendar system like this, both online and in the Disney Genie app, could help Disney Guests figure out when reservations are available now and as Disney Parks operations continue progressing toward normalcy.

What about My Disney Experience?

Since Disney just updated the current Disney World My Disney Experience app to include new features, such as the upcoming virtual chat with a Disney Resort Cast Member, it doesn’t seem likely that it’s going away anytime soon.

It is, however, possible that Disney Genie will become the reservations and park planning app, while My Disney Experience will slowly transform into an app primarily for Guests staying in onsite Walt Disney World hotels, featuring instant access to Guest Services, a virtual room key, etc. Or possibly, the Genie could be an addition to the already existing My Disney Experience app.

What do you think about the possibility that Disney Genie could be the new Disney Parks reservation system? Tell us in the comments!