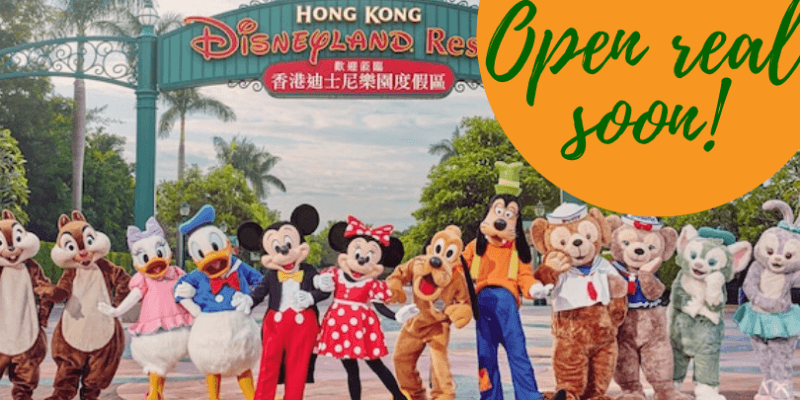 After much speculation on which Disney theme park will follow in the footsteps of Shanghai Disneyland, we now most likely have our answer.

When is Hong Kong Disneyland reopening?

All we know is that it’s ‘reopening shortly’ as an exact date hasn’t been provided. However, Ocean Park is due to open this Saturday 13th June, and both parks are owned by the government, suggesting that Hong Kong Disneyland won’t be far behind.

The health pandemic was the last thing that Ocean Park needed, as it has teetered on the edge of bankruptcy, likely influencing the decision to reopen it. Leo Kung Lin-cheng, Chairman of the Park‘s Board of Directors had the following to say about the reopening of the Disneyland Resort as well as Ocean Park:

‘We want to reboot the economy in the second half of this year through new initiatives in tourism, external trade and trade insurance services … We are confident we will ride out the economic doldrums.’

Hong Kong Disneyland also lost a staggering $13.5 million in September 2019 even before the pandemic caused it close, thanks to social unrest in Hong Kong, so could really do with getting business back to normal, albeit with some new health and safety measures, no doubt.

While we don’t have an exact date, the soft opening plans in addition to the imminent opening of Ocean Park suggests that Hong Kong Disneyland Resort could indeed open ahead of the phased reopening of WDW, which will begin on July 11th with the opening of The Magic Kingdom park and Disney’s Animal Kingdom park. It follows the successful reopening of Disney Springs and Universal Resort, which have both implemented strict social distancing amongst other health and safety measures such as temperature screenings.

So, while there is no official reopening date right now, you Disney fans in Hong Kong best get your Mickey Mouse ears ready because your trip to Sleeping Beauty Castle sounds like it’s just around the corner.

As for the temporary closure of Tokyo DisneySea and Tokyo Disneyland, we’ll have to wait and see.

Are you a Hong Kong resident? Will you be heading to Hong Kong Disney as soon as it opens up? Let us know in the comments below!