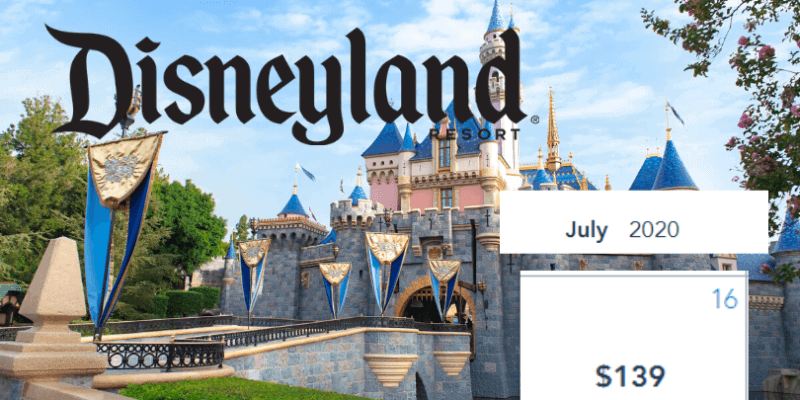 Disney fans have started to have more hope as Walt Disney World announced that they would start reopening their theme park doors starting July 11.  Though it will only be at a limited capacity with just two of their four parks opening, it’s still an exciting step in the phased reopening reopening.  Walt Disney World is the second of the Disney Parks around the world to reopen since temporary closures earlier this year.  Will Disneyland Resort in Anaheim be the next to reopen?

Although Disneyland Resort has not yet announced when they will begin a phased reopening, some recent discoveries on the Disneyland app and Disneyland Resort official website are pointing to signs that the theme parks may begin to reopen sooner than anticipated.

California has a four phase reopening system with many of its counties currently in phase two.  It was announced a short time ago by state officials that theme parks could reopen in stage three.  Disneyland also started surveying guests via email on how comfortable they would be returning to the parks after reopening.  Could these all be signs that guests could be back to visiting Disneyland soon?

Well, here’s another major sign that this could very well be happening in mid-July.  When trying to make a reservation recently for a Disneyland vacation at a resort on Disneyland property, it was possible to find availability from July 16th and on.  Today, it was even possible to purchase tickets for Disneyland from July 16th and further.  When looking on Disneyland app, you can see that on July 15th it says that the park is closed, but on July 16th the wording differs and simply says “schedule unavailable.”

Disney recently extended the expiration date for guests who purchased tickets through the Southern California Resident Offer until the end of 2021.  It’s very possible that these will be able to be used soon, but please keep an eye out for if there will be blockout dates when Disneyland Resort does reopen.  As Walt Disney World is reopening with limited capacity, it is possible that there will be days that these tickets cannot be used.

Though the option to purchase tickets on Disneyland’s website from July 16th and on is recent, if you’re wanting to head into the parks right when they reopen, you’ll want to purchase tickets soon.  Walt Disney World paused all new ticket sales recently in preparation of its reopening in mid-July because of limited capacity.  We’re assuming that Disneyland Resort could likely do something similar, though nothing is for certain.

Disneyland has not yet officially announced any reopening dates for the theme parks, Downtown Disney, or onsite hotels. But so far, we’re seeing some positive signs that we could get back to the magic soon.