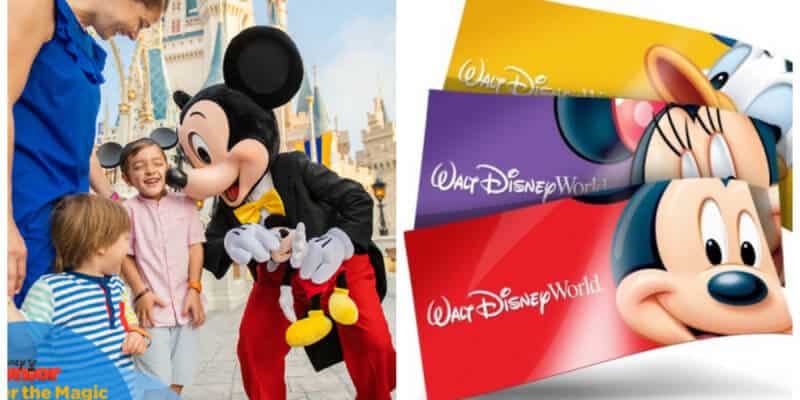 Disney just announced that they are temporarily pausing all Walt Disney World theme park ticket sales as the parks prepare to welcome guests back.

Disney stated today that because they are limiting the capacity of the Walt Disney World Resort theme parks (Magic Kingdom, EPCOT, Disney’s Hollywood Studios, and Disney’s Animal Kingdom), they will need to temporarily pause ticket sales in order to focus on guests who have already purchased their park tickets.

The announcement came in a Disney Parks Blog post as well as a press release that Disney sent via email to Inside the Magic.

Because theme park capacity will be significantly limited as we welcome guests back to the magic, we will manage attendance through a new theme park reservation system that will require all guests to obtain a reservation for park entry in advance. At this time, we are temporarily pausing new ticket sales and Disney Resort hotel reservations so we can focus on guests with existing tickets and reservations (Disney Vacation Club members can still make new reservations). Existing ticket holders and Annual Passholders will be able to make reservation requests in phases before new tickets are sold; we’ll be reaching out to these guests soon to provide additional details. We will resume new ticket sales and hotel reservations after that period of time. Theme park reservations will be limited due to attendance limitations and will be subject to availability. More details about this new reservation system will be available soon.

The announcement that Disney will be pausing new tickets sales comes as Disney World also announced that they will be implementing a reservation system. The reservation system will require every guest to make a reservation in advance in order to be able to enter the Disney Parks. The company stated that more information would be coming soon, but we suspect that it may be similar to the system implemented at Shanghai Disneyland, which you can read more about here.

Walt Disney World Resort will reopen the theme parks in July. You can read the full story of Disney World’s plans for reopening here.

Additionally, when the theme parks reopen, they will not be offering character meet and greets, parades, or fireworks.

We look forward to hearing more information about Walt Disney World Resort’s plans for reopening. Stay up-to-date with Inside the Magic on the latest Disney Parks news.