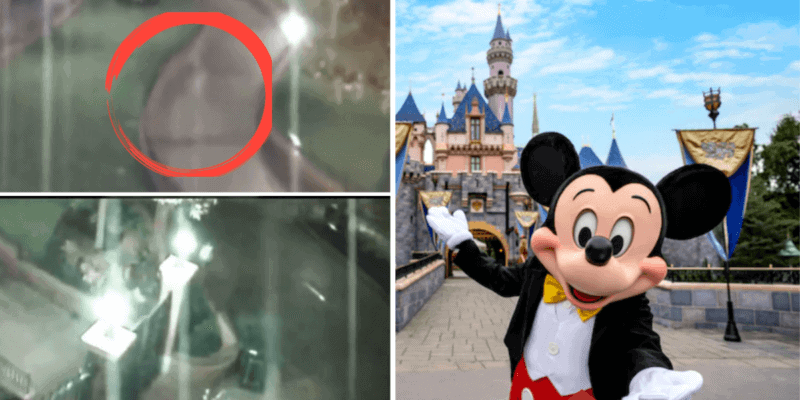 Visiting Disney’s Parks is one of the most joyous things you can do. Whether it’s Disneyland Resort in California, Walt Disney World in Florida, or an international park like Disneyland Paris, Disney’s theme park empire is the most magical around. Offering stellar entertainment, thrilling rides, and emotional fireworks performances, there’s no better vacation than a Disney vacation. Even celebrities can’t stay away!

And yet, despite its shiny exterior, magical moments, and memorable experiences, sometimes spooky things happen — and no, not the fun-filled Halloween parties. Back in 2009, security cameras at the original Disney Resort, Disneyland, caught a suspected ghost wandering the park, and some fans thought it was Walt Disney…

Whether you’re visiting Star Wars: Galaxy’s Edge at Disneyland Park or Cars Land at Disney California Adventure Park, California’s Disney Resort in Anaheim has lots to do for everyone. And while all this magic-making happens during the day and through into the night, it’s a wonder what happens in the Disney Parks after hours.

Well, according to this old security footage, nighttime at Disneyland is when the ghosts come out. You may be thinking “but there are ghosts on the famous Haunted Mansion ride” — and, yes, you would be correct, but the security cameras at Disneyland may have caught another, even more special, ghost roaming their park after all the Guests and Disney characters had gone home.

Sharing to TikTok, @WeirdWonderz showed the old security camera footage that has resurfaced from the California theme park.

In fact, The Mirror also shared information on the footage a few years ago, offering an insight into the video’s popularity at the time.

The footage was originally captured back in 2009, but has begun circulating around the Internet again after it was suggested that the ghostly spectre could be the wandering spirit of the park’s original owner, Walt Disney.

The collection of footage shows what looks like a figure roaming around the parks. Seen in multiple locations, the “ghost” walks eerily like a person which would lend to the theory that this is the founder of the Disney Park, Walt Disney himself. You never know, he may have wanted to check in on Sleeping Beauty Castle, or visit the attractions at Fantasyland or Frontierland — or just to make sure that the Happiest Place On Earth is exactly how he imagined.

There is no way of knowing if this myth is true, so for now it will remain as such. But, there is something rather special about fans imagining that this “ghost” is Walt Disney — almost as though he is checking that the park is all in order before it opens to the next batch of Guests.

If you do want to experience some rather ghoulish antics at Disneyland then be sure to check out Oogie Boogie Bash – A Disney Halloween Party!

Have you ever witnessed anything paranormal while visiting a Disney Park? Let us know in the comments!