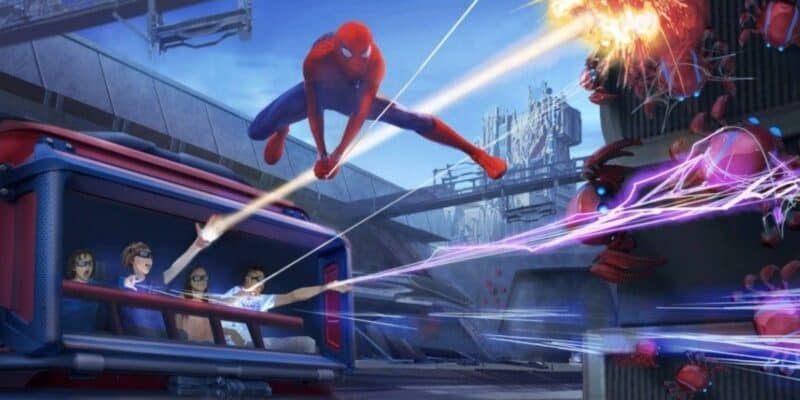 Disney and Marvel fans were able to see their two worlds collide when Disneyland Resort opened its highly anticipated Avengers Campus on June 4, 2020. The land had been scheduled to open the year before but had to be pushed back when the pandemic forced the Parks to shut down. Avengers Campus brought the worlds of Iron Man, Spider-Man, Thor, and more superheroes to Southern California, and Guests were so excited that Disney had to create a standby line so the Campus did not get too crowded.

When Avengers Campus opened, it opened with a brand-new 3D ride that would bring Guests into W.E.B. — the Worldwide Engineering Brigade — and they would be able to sling webs like Spider-Man as they worked to save Avengers Campus from out of control Spider Bots. The ride is called WEB SLINGERS: A Spider-Man Adventure and just like Star Wars: Rise of the Resistance, the new attraction utilizes a virtual queue system.

However, Disney is now making a change to its virtual queue system for WEB SLINGERS: A Spider-Man Adventure. Disneyland Cast Members working the attraction may now choose to pause the virtual queue boarding system and open the standby queue.

According to Disneyland officials:

We continue to evaluate how guests can access our attractions, whether standby or virtual queue, to help provide a great guest experience and access to our most-anticipated attractions.

Here is more information on WEB SLINGERS from the Disneyland Resort website:

It is important to remember that Disney is not doing away with the WEB SLINGERS virtual queue. The standby queue will be used at Disney’s discretion, so if you want to see what kind of queue system is being used while you are at Disney California Adventure, check the Disneyland mobile app, which will provide you with the most up-to-date information.

Are you glad to see that WEB SLINGERS will sometimes use a standby queue? Let us know in the comments!