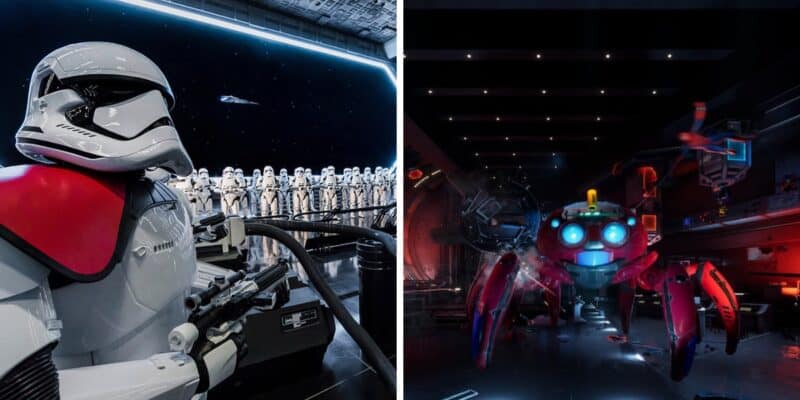 On August 3, Disney revealed its plans for its new Magic Key Pass Program — which will be replacing its old Annual Pass Program that ended back in January. The new Magic Keys will go on sale on August 25 and Key Holders can make theme park reservations for that same day!

With new Annual Passes coming soon, it looks like Guests are holding off on visiting Disneyland — leading to lower crowd levels this week and making it easier than ever to get on some of the most popular rides in both Disneyland and Disney California Adventure.

Both Star Wars: Rise of the Resistance in Galaxy’s Edge at Disneyland and WEB SLINGERS: A Spider-Man Adventure in Avengers Campus at Disney California Adventure Park use a virtual queue system, which each require a boarding group in order to ride the attractions. Boarding groups are released daily at 7 a.m. and 12 p.m. and are available on a first-come, first-serve basis. Typically, on busy Park days, these boarding groups fill up in a matter of minutes, or even less.

In addition to the availability of boarding groups signaling low crowds, it may also signal another big step forward for Disney attractions. Disney is continuing to evaluate its virtual queue system. The goal is to keep lines shorter and move them along in a more efficient manner. With these boarding groups having more availability, it looks like these attractions are running quite smoothly, and Cast Members may be mastering the art of efficiently boarding these attractions and moving Guests along in a virtual queue.

While the crowd levels might be incredibly low now, odds are, that will not last. Once Guests are able to purchase Magic Keys and make reservations with their new Annual Passes, the crowd levels will most likely increase once again. It is likely that Guests are holding off visiting the Disneyland Resort until the Magic Keys go on sale so they are able to get more bang for their buck with each visit.

Are you visiting Disneyland while the crowds are low? Or are you waiting until Magic Keys go on sale? Let us know in the comments!