Disney Parks Should Close During Holidays, Says Concerned Guest - Inside the Magic 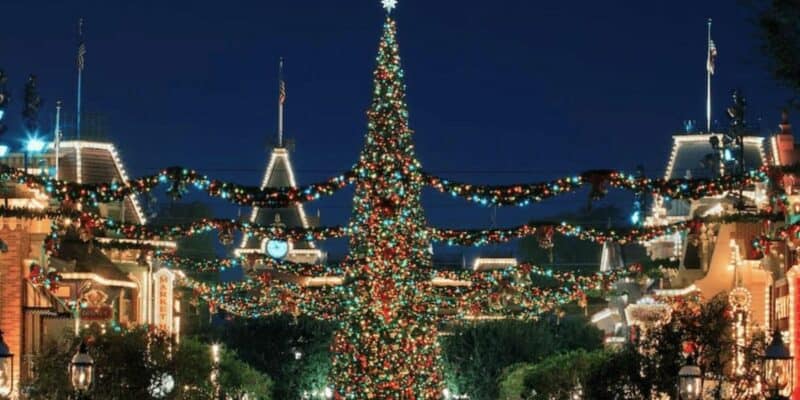 Fans ignite a heated debate discussing if Disney Parks should remain closed during the holidays. What’s your take on this matter?

Spending the most wonderful time of the year at your favorite Disney Park — whether that be Disneyland Resort in California, Walt Disney World Resort in Florida, Disneyland Paris, Shanghai Disney Resort, Hong Kong Disneyland, or Tokyo Disney Resort — is an experience thousands of fans are eager to experience each year. With breathtaking décor, mouth-watering snacks and drinks, seasonal entertainment offerings, characters dressed in their holiday best, and so much more, it’s not hard to see why Disney Parks are some of the most popular destinations during the holidays.

However, a recent Reddit post sparked a lengthy debate on whether Disney Parks, specifically Disneyland, should close their gates during the holidays. The post was shared by u/researchbeaver and reads:

Controversial take: Disneyland should close on day of holidays

Disneyland sells itself as the ultimate family brand, with wholesome content and a family friendly environment. But it’s open more hours than worker unfriendly companies like Wal-Mart and Amazon, and currently with many attractions suffering for it. Closing on Thanksgiving and Christmas days (both super popular days) would be a strong message that they value the family lives of CMs too. I know this will never happen, but also maybe they need a down week to get everything clean and working well from time to time.

The controversial take has racked up nearly 200 comments with mixed opinions. From many current and former Cast Members commenting they actually enjoy working at the Parks during the holidays to Guests who consider this unacceptable and brought the always controversial pay that Cast Members receive.

User u/gothiclg, for example, commented they needed the double pay during their time as a Cast Member, adding that they could’ve taken the day off but preferred to receive two days’ pay for one day worked.

Redditor u/hobbesnblue commented they also enjoyed working the holidays, as they “lived close by, and the festivity, beauty and shows were a nice plus to the vibe of [their] day,” adding that “it was only for part of the day anyways,” meaning they could still spend quality time with their family.

User u/ausgoals added that not all people celebrate the same holidays anyways and that for someone who doesn’t celebrate Thanksgiving, having the option of going to Disneyland is great. They also commented that they would happily work a Thanksgiving shift if they worked at Disneyland.

On the other hand, u/No-Volume5084 commented that some Cast Members don’t even get holiday pay because they are still on probation and would much rather spend the whole day with their families. They added, “I think that Disney should at least close early on holidays, for those that want to work or don’t celebrate said holidays.”

While this is a controversial topic, Disney Parks are unlikely to modify their operating schedules during the holidays, as many Cast Members enjoy working these shifts, as stated above.

What’s your side on this controversial take? Should Disneyland and other Disney Parks close during the holidays? Let us know in the comments below!