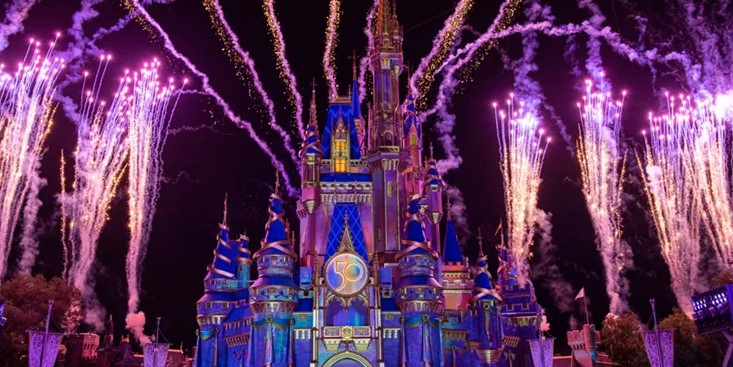 On October 1, 1971, the Magic Kingdom at Walt Disney World officially opened, and before we knew it, it became one of the most popular vacation destinations around the world. Now, 50 years later, Guests are still pouring into the Parks.

Back in October of 2021, the Walt Disney World Resort started its 50th-anniversary celebrations, and while it’s hard to believe, these celebrations are about to end. Known as “The World’s Most Magical Celebration,” Disney World began its anniversary festivities in order to commemorate exactly 50 years since Magic Kingdom first opened its gates in 1971.

Cast Members have been sharing magic across Walt Disney World Resort, ready to create unforgettable memories that last a lifetime. Some Guests may have voiced their distaste for the celebration, but a lot of Guest shave really loved what Disney did. And as they say, “all good things must come to an end,” and Disney is finally putting an end to the 50th celebrations.

When looking at the website, Disney notes that the event at Walt Disney World will continue until March 31, 2023. Previously, Disney had only stated that “March 2023” was the end, but now we know for sure.

These 50th-anniversary festivities haven’t just been happening at Magic Kingdom, but at Magic Kingdom, EPCOT, Disney’s Hollywood Studios, and Disney’s Animal Kingdom as well, meaning Guests can experience magic no matter where they have visited.

Exact details have not been revealed, but after this date passes, we can expect all of the special 50th entertainment, costumes, food and beverage offerings, and decorations to be removed very quickly.

For more on the 50th-anniversary celebration at Walt Disney World, click here!

Have you enjoyed the celebrations at Walt Disney World?