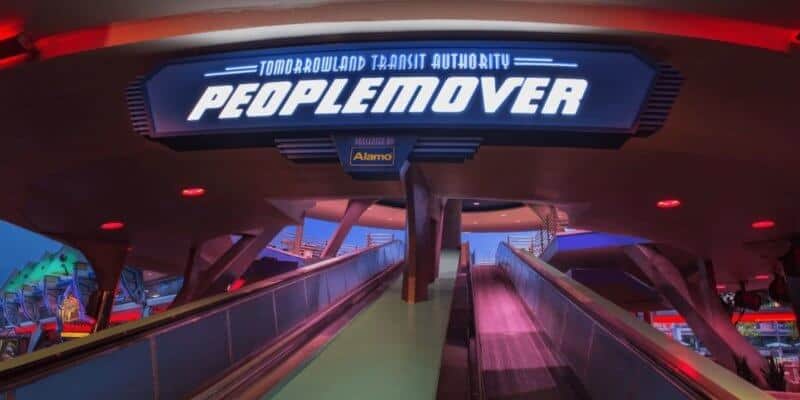 Although the Walt Disney World Resort includes four theme parks and two water parks, everyone knows that to many, Magic Kingdom is the main attraction.

Boasting a wide assortment of experiences, from classic dark rides like Haunted Mansion and Pirates of the Caribbean to thrilling adventures through space or the wilderness with Space Mountain and Big Thunder Mountain Railroad, Magic Kingdom is fun for the entire family, no matter your age or interests!

But one of the most infamous rides in the entire Park has to be the Tomorrowland Transit Authority PeopleMover.

When on board the PeopleMover, Guests embark on a 10-minute tour of Tomorrowland, a tour that takes them by all of the major landmarks and icons of the land. The ride is classic and considered one of the best rides at Walt Disney World by many seasoned Disney Park Guests.

However, a major change recently overtook the attraction, one that some Guests are already criticizing. As you can see in a tweet from Disney Clips Guy (@disneytipsguy), the main entrance sign has changed, with Disney completely dropping the “PeopleMover” text and swapping it with a sign that now reads “Welcome Aboard.”

Several users responded to this image, calling it “disgusting” and “nonsense.” One user said “no thanks” to the new sign. We had no idea this was going to happen, but we are definitely sad to see an iconic piece of Disney history removed at the Magic Kingdom of all places.

Disney is no stranger to corporate sponsorships and partnerships within its Parks, but this is still jarring and will certainly take a little while to get used to.

Disney’s official description of the attractioin is shared below:

What’s your favorite attraction in Tomorrowland?