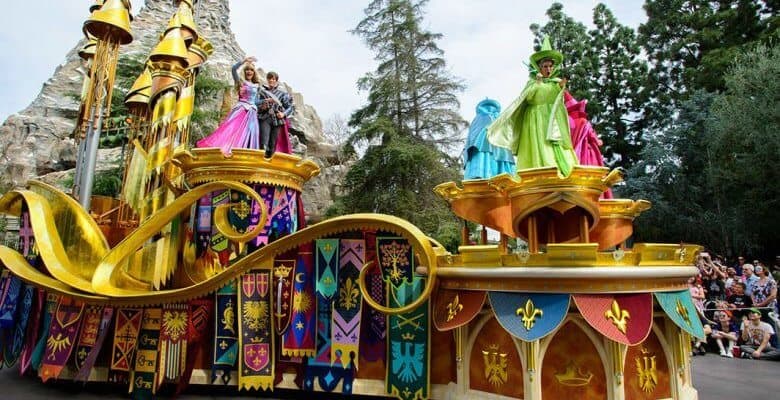 If you’ve been waiting for the beloved Magic Happens parade to make a return, you finally have gotten your wish!

The new Magic Happens parade officially debuted on February 28, 2020 at Disneyland Park. This was the first daytime parade at Disneyland in over a decade, so it’s evident as to why Disneyland Guests were so excited to see this come to life.

Unfortunately, however, COVID hit just as the parade had begun and this led to the Disney Parks being shut down. When Disneyland reopened later that year, the parade was not one of the offerings to return and this had left Disney fans waiting to find out when (or if) it would ever make its comeback.

Talking at the D23 Expo 2022 in Anaheim, Southern California, Disney Parks, Experiences and Products Chairman Josh D’Amaro has announced that the Magic Happens parade will return in early 2023 as part of Disney’s 100 year celebration, Disney100.

The parade features many beloved characters from classic Disney movies and much more. With a wave of his wand, Mickey Mouse leads a cavalcade of fabulous floats, whimsically costumed performers and popular Disney pals like Anna, Elsa and Olaf around the Disney Park and into your hearts—all while moving to a high-energy musical score that puts a contemporary spin on classic Disney hits. In addition, a brand-new song co-composed by singer-songwriter Todrick Hall helps bring some of your favorite Disney tales to life like never before.

The parade features several distinct “stories,” with a delightful mix of characters. Watch Moana ride the crest of a beautiful wave in her voyager canoe, followed by Coco’s guitar-strumming Miguel, who’s joined by his dog Danté and other fantastical spirit animals.

Behold the enchanted forest from Frozen 2, as Anna, Elsa, Olaf, Kristoff and Sven pass by. Then prepare for the grandest finale of all as the parade commemorates memorable story moments from Sleeping Beauty and other Disney classics. It’s an incredible procession not to be missed!

What do you think of the Magic Happens parade returning? Let us know in the comments!