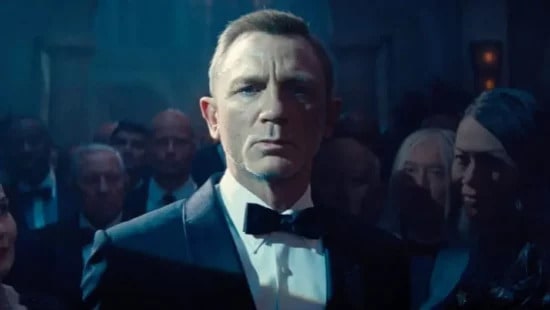 Daniel Craig may have been James Bond for a decade, but he almost appeared as Thor’s half-brother in Doctor Strange and the Multiverse of Madness (2022), and now fans learn what he would’ve looked like.

A few months ago, after fans were heavily disappointed with Benedict Cumberbatch’s Doctor Strange sequel with the lack of the Multiverse for a story more centered around Elizabeth Olsen’s Scarlet Witch. During this time, fans got to learn about all of the cut roles for the movie, such as Magneto, Ghost Rider, Balder the Brave, and many more, which left fans shocked at what they got.

Even Tom Hiddleston’s Loki was cut from the movie, but fans were shocked to hear that Craig’s role as Balder the Brave was almost included, but COVID prevented the actor from traveling over to film his scenes.

While fans haven’t seen the well-known actor in the MCU yet, Balder the Brave’s look was finally unveiled, showing what Craig’s potential look would’ve been like. Concept artist Darrel Warren shared what his vision for the character looked like over Instagram for all Marvel fans to see.

Even though Balder the Brave was initially planned to be a part of the Illuminati, it was probably best that the character never made it into the movie as the secret super hero team had a bizarre lineup that didn’t make sense.

That didn’t mean that Balder couldn’t have appeared in Thor: Love and Thunder (2022) or in another universe and talked to Doctor Strange, but it seemed that the movie wasn’t willing to show Balder as a character unless he got murdered by the Scarlet Witch. It’s quite odd that Craig never got to be Balder the Brave, but hopefully, the actor will either play Thor’s half-brother or potentially another role and join the MCU once and for all.

More on Doctor Strange in the Multiverse of Madness:

Do you think Daniel Craig will have another role in the MCU? Let us know what you think!