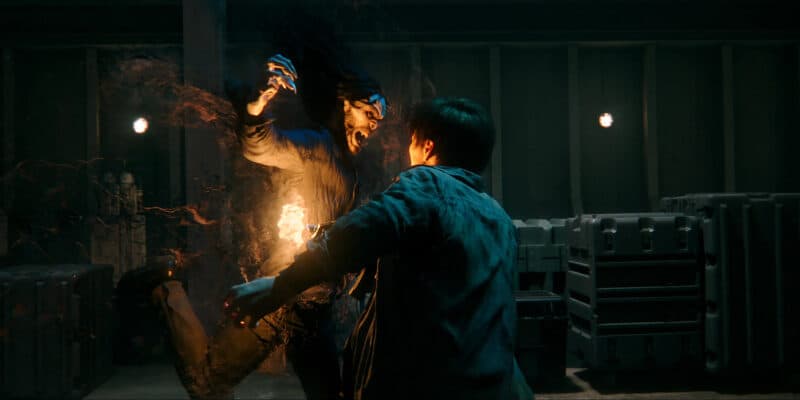 Early reviews of Sony Pictures’ latest Marvel movie, Morbius (2022), were utterly dismal — the post-credits scenes were particularly confusing to fans — and, then, the film’s box office debut on April 1 of this year was equally unfortunate.

The movie tanked with audiences, with The Hollywood Reporter sharing the following details on opening weekend:

…[Morbius brought in] $5.7 million in Thursday previews at the domestic box office.

The Sony pic could open anywhere from $33 million to $40 million-plus for the weekend. The studio is being uber-cautious and stressing the $33 million estimate. Insiders at Sony note that Morbius isn’t a traditional superhero pic, but more of a genre film based on one of the many Marvel characters Sony holds the rights to.

Now, one of the film’s stars has spoken out about the project’s unfortunate performance.

Matt Smith (Doctor Who) played the villainous Loxias Crown opposite Jared Leto’s title character, and he has shared that he isn’t letting the flop get him down. Smith recently said:

“Yeah, it was thrown under the bus. But you just have to roll with it. What else are you gonna do? It’s a film, at the end of the day, we’re not saving lives. For whatever reason, it didn’t quite work out and… It is what it is.”

Smith comes to the world of entertainment with a unique perspective. Born with Vascular Ehlos-Danlos Syndrome (vEDS), the British actor truly understands that there is more to life than Hollywood glitz and glamour.

One of the most compelling and conflicted characters in Sony Pictures Universe of Marvel Characters comes to the big screen as Oscar® winner Jared Leto transforms into the enigmatic antihero Michael Morbius. Dangerously ill with a rare blood disorder and determined to save others suffering his same fate, Dr. Morbius attempts a desperate gamble. While at first it seems to be a radical success, a darkness inside him is unleashed. Will good override evil – or will Morbius succumb to his mysterious new urge?

Did you watch Morbius?