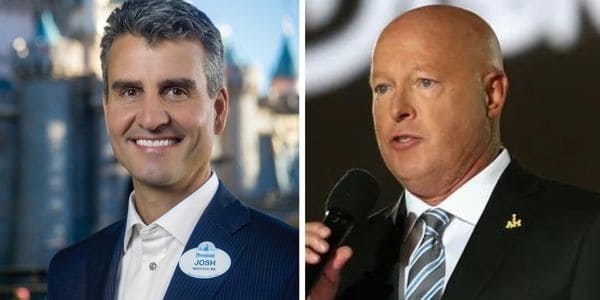 It’s no secret that a Disney World vacation is an incredibly expensive trip that has slowly started to price some people out. Over the years, this issue has only worsened, leaving many wondering if an average American family can even afford a Disney vacation.

While Walt Disney World is “The Most Magical Place on Earth,” there is no doubt that the Resort has had to change and evolve in recent years, largely due to the ongoing COVID-19 pandemic as well as supply chain issues. To put it simply, the Guest experience has looked quite a bit different at Disney recently.

A big change has been the price increases at all Disney Parks, Resorts, hotels, and restaurants across the world. From Disneyland in Anaheim, California, to Tokyo Disney, Guests have come to expect that their Disney vacation will cost a little more than it used to pre-COVID.

As we reported back in February, Disney World raised ticket prices with a four-day standard ticket costing a minimum of $447.70, The cheapest four-day ticket used to be $434.83.

Park tickets have all gone up in price. A four-day Park Hopper Ticket now costs a minimum of $540.89, up from its old price of $525.35. A four-day Park Hopper Plus ticket jumped from $546.65 to $559.53. On average, we have reported that the ticket prices are about $20 or 2 to 6 percent higher than they were just the year before. COVID-19 definitely changed certain things, and we saw issues come up due to the ongoing pandemic, being a big reason prices have risen in the last two years.

To expand on this issue further, a post went viral on social media recently, showing the staggering spike in prices Guests have faced when at the Orlando, Florida Resort. A statistician put together a chart that compared wages, rent, and gas prices to that of Disney World tickets, and the result was kind of shocking. Not surprising, but shocking.

The results showed that Disney World tickets increased in price at a rate of nearly 3,000% more than wages, rent and gas prices since 1971.

It’s also important to mention the fact that Disney’s Magical Express service was cut earlier this year. The complementary mode of transportation brought magic to Guests before they even arrived at Walt Disney World property as it transported Guests to and from Orlando International Airport.

This service was a key component of the Walt Disney World Resort and a service that Guests really appreciated and considered to be valuable when staying.

On the west coast side of things, cost issues are present as well. A report from The Hustle found that the price of an average family vacation has increased two to three times the current inflation rate. Steven Martinez, a customer service specialist in Los Angeles, had to break a promise to his kids after looking at the cost of a Disneyland Resort vacation.

“Just for one day in the Park and one night at the hotel, we were looking at over $1k, and that didn’t even include food,” he told The Hustle. “I had to explain to the kids that Mickey was out of Daddy’s budget.”

Disneyland just brought back its Magic Key program, and, you guessed it, it is also considerably more expensive.

Regardless, Disney has posted record profits and numbers, with recent earnings reports revealing impressive numbers for the company. According to  a report from earlier this year, the company brought in over $7 billion in its first quarter of 2022, an impressive feat regardless of the ongoing COVID-19 pandemic. Regardless of price increases, Guests continue to flow into the Disney Parks by the thousands each day.

In Q4 of the fiscal 2021 year, Disney reported a 38% profit increase in the Direct-to-Consumer industry. The Disney Parks, Experiences and Products revenues for the quarter also increased to $5.5 billion, compared to $2.7 billion in the prior-year quarter. This growth is due to an increase in Guests visiting the parks as well as an increase in the average “per capita ticket revenue,” meaning the company made more money from one ticket than it previously had before.

The report attributes profits to Guests both upgrading to Disney Genie+ and using the individual Lightning lanes at the Parks. We also found out that up to 50% of Guests are opting to upgrade to the paid Genie+ service, but more on that later.

This ties into a new report from the Wall Street Journal, which covered price hikes and the Guest experience of Disney in its current form.

Currently, the two most prominent figures within the Disney Parks division of The Walt Disney Company are Bob Chapek, who acts as CEO, and Josh D’amaro, who serves as Chairperson of Walt Disney Parks and Resorts. These two men both have a long history with Disney but have recently stepped out into the spotlight, whether they intended to or not.

On a recent walk through Disneyland, Mr. D’Amaro was reportedly stopped more than 20 times by visitors and Cast Members who asked to take selfies with him and thanked him for his work.

Mr. D’Amaro has claimed that he’s aware of the tension and anger caused by rising prices at the Parks, especially for annual pass holders and the whole Disneyland Magic Key renewal fiasco, but describes rising prices as the “inevitable result of progress and insists that every change Disney has implemented at the parks is in service of improving visitors’ trips.

Now, whether or not this is the same progress John was talking about on Walt Disney’s Carousel of Progress, you’ll have to decide for yourself.

Disney CEO Bob Chapek is even more infamous within the Disney community than D’Amaro. Chapek is often compared to his previous counterparts, Michael Eisner and Bob Iger, who each have faced their own struggles, controversies, accomplishments, and triumphs.

Chapek seems to get the short end of the stick a lot, however, with Guests and fans alike blaming him for anything and everything bad about The Walt Disney Company. This is not to say he does or does not deserve the criticism he faces, but Chapek received a plethora of it on the daily.

According to the most recent quarterly earnings report, which was released this month, The Walt Disney Company’s revenues grew 26% and 28%, respectively, an impressive number considering the earnings report for the first quarter of the year already showed record growth for the company.

In an interview the facial-hair-clad Chapek did with CNBC, he was asked about the pricing structure at the Parks and whether Guests can expect them to increase yet again, to which he responded, “we can move on a dime…we operate with a surgical knife here. We’re at a level of sophistication with our pricing.” Chapek claims the company is very “flexible” on pricing.

Chapek lays it out plain and simple, prices are flexible, meaning they can go up or down as the company sees fit. This is pretty trivial stuff, but certainly, something Guests will take note of in the age of seemingly endless price hikes across the beard, um, board.

The CEO was also asked about Park attendance, claiming, “We’re seeing no softening at all of our demand.” While this slightly goes against what the earnings report stated earlier, Disney was admittedly vague with its description in which it stated Disneyland was seeing an “unfavorable” attendance mixture in the Park.

Possibly the biggest change in the past two years for Disneyland and Walt Disney World has been the introduction of the smartphone app called Genie+. Because Walt Disney World and Disneyland both have so many great and immersive attractions ranging from exciting thrill rides like Splash Mountain and Space Mountain to creepy ghost-filled houses with The Haunted Mansion, the popularity of all of these rides means that Guests will for sure be waiting in line at one point or another.

Here comes Genie+, Disney’s most recent solution to this problem. The service, along with Lightning Lane, both offer Guests a way to help them not spend so much time in line. Disney Genie+ and Lightning Lane were released last year to lots of confusion and frustration, leaving some Guests feeling confused by the service. In theory, this paid service should enhance Guests’ experience at the Parks, but in practice, it seems just to be an expensive itinerary planner for some, while others love it.

There has been a lot of debate on Genie+ and whether it’s a good replacement for Disney’s FastPass system it has used for the last decade plus. Each Park has an operation center with a “heat map” that can track where Guests are in the parks.

Thanks to Genie+, Disney is now fully capable of determining popular times Guests ride rides as well as when Guests shop and eat.

“If I’m seeing too much activity on the west side, I’m able to spread where I direct people to the east side,” Mr. D’Amaro said. “Our attractions will be load-balanced better, and lines will be shorter, and what that means is the experience will be better.”

Whether you like the changes or not, Disney is still booming for now. The Walt Disney Company’s stock price made an impressive jump earlier this month, rising far above the record low it had sat at for close to a year. Earnings reports have been slam dunks as of late, with each one indicating Disney is slowly making it out of the hole that it dwelled in for so long during the height of the COVID-19 pandemic in 2020.

For the time being, it’s safe to say people will still be visiting the Disney Parks, and rightfully so. As of late, Disney World introduced a brand-new roller coaster in the form of Guardians of the Galaxy: Cosmic Rewind at EPCOT and will soon (hopefully) be welcoming the much-anticipated new TRON roller coaster at the Magic Kingdom. With D23 next month, we are also hoping to get more information on even more exciting projects.

Disneyland is set to receive its own version of Mickey & Minnie’s Runaway Railway, which first opened at Disney’s Hollywood Studios. Disney has the rides, but with it shifting its focus to charging more money on fewer Guests, we can only wait and see if this strategy pays off.

What do you think about the current Disney Park experience?