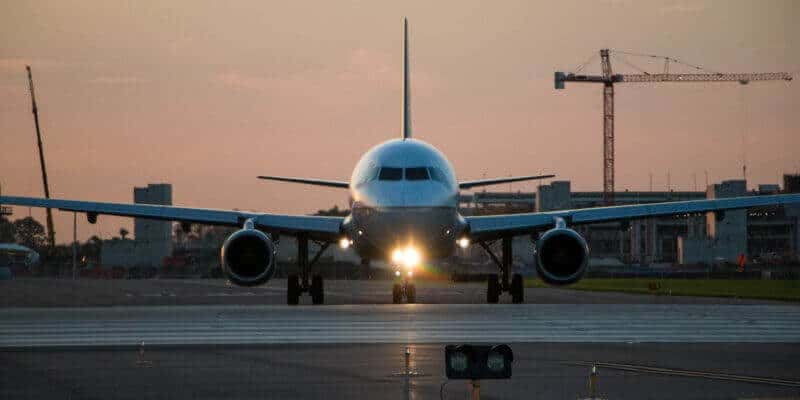 One couple is taking to Twitter to voice their frustrations after being stuck on an airplane for nearly eight hours, with no food, water, or information, resulting in the cancelation of their Walt Disney World vacation.

In part one of the Tweet series, Sean Nyberg shared screenshots of he and his fiance’s story on how they were stuck on an airplane for over seven hours, which was traveling from Seattle to Orlando on Alaska Air, which resulted in them never getting their bags back and having their Walt Disney World vacation canceled:

Our 7+ hours stuck on an airplane on the tarmac in Seattle on @AlaskaAir flight 16. It never took off. We don’t have our bags. And our @WaltDisneyWorld trip has to be canceled. (1/2)

Our 7+ hours stuck on an airplane on the tarmac in Seattle on @AlaskaAir flight 16. It never took off. We don’t have our bags. And our @WaltDisneyWorld trip has to be canceled. (1/2) pic.twitter.com/NCepsmO3qm

Within the screenshots, the story goes into more detail, explaining how after being stuck on an airplane for seven hours, they never took off and ended up going home without their luggage:

Paul and I spent nearly 8 hours stuck on an airplane in SeaTrac and it never left Seattle, after all of that our flight was canceled, and we are back home without our luggage and Disney World trip canceled.

This was an absolute nightmare and the fact that it happened is a colossal failure. Alaska Airlines and SeaTrac both deserve a lot of s*** from this.

After over an hour of not moving, the luggage was finally loaded onto the plane and they began to move, however, the tug was not big enough to pull the plane, so they then needed to find a bigger tug. After two hours, they found a tug and the plane left the gate, only to sit still for another hour or two due to “de-icing”. He writes:

We get in line to get de-iced and we are the 10th airplane in line. The waiting process takes over an hour just to begin deicing. Once it starts, it takes about 30 minutes. We are roughly 5-6 hours into this ordeal and haven’t left a 100 yard distance from the airport. Families going to Walt Disney World, young kids, an infant, everyone, just sitting with zero clue the timing because the flight crew had no clue.

The second part of the Tweet series explained what they went through next.

Eventually, the plane made it to the runway and right when they were about to take off, the pilot pulls back and drives back to the gate because the plane did not have enough gas. However, prior to being able to refuel, the plane had to wait for a gate to open, which took another hour.

Now, seven hours into this, the passengers still had no idea if their flight would be canceled or if they would take off after they refueled.

Eventually, the plane made it into a gate when they were then informed their flight was canceled. The passengers were, as Sean explained, stuck on the plane for nearly eight hours with no food, no water (but only for first class passengers) and no information.

The couple finally made it back home, but are still missing suitcases and had to cancel their Walt Disney World vacation:

The bad news is that I will not be having a fabulous vacation at The Most Magical Place on Earth, we are still missing three packed suitcases, and I have no clue how and if I’ll get my money back from the trip.

Have you ever encountered a situation like this? Let us know in the comments below.