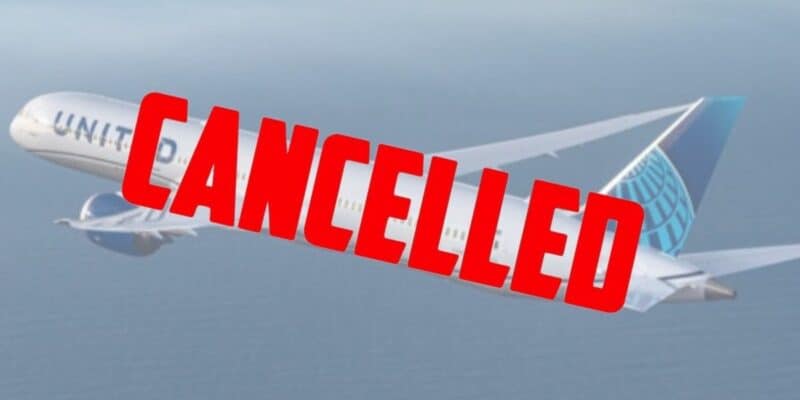 On Christmas Eve we reported hundreds of flights were canceled due to the recent surge of the COVID-19 Omicron variant. Now, the flights cancelations continue, leaving thousands of travelers are stranded in airports across the country.

The holiday weekend is one of the busiest weekends in the year as many families are traveling to visit other family members in different states or going on vacation, including to Walt Disney World and Universal Orlando. However, due to the recent surge of the COVID-19 Omicron variant, airlines are being forced to cancel hundreds of flights.

United, Delta, and JetBlue, are among some of the major airlines canceling flights this holiday weekend, including flights in and out of Orlando International Airport — the main airport many use when visiting Walt Disney World or Universal Orlando. Orlando Sentinel reported:

Over Christmas Eve and Christmas, 75 flights into or out of Orlando were called off by airlines, including Delta, JetBlue, United and WestJet, according to the airport.

And now, the day after Christmas, those cancelations unfortunately continue. In fact, as of 6 a.m. on December 26, 385 flights have already been canceled. ABC reported:

Since Christmas Eve, more than 2,000 flights have been canceled by several major U.S. airlines.

It seems that not all airlines are canceling flights due to COVID, and instead, it is due to staffing shortages. American Airlines said it had “nothing to report” while Southwest Airlines said “things are running smoothly,” according to Orlando Sentinel.

If you are currently visiting Walt Disney World Resort or Universal Orlando, or have plans to do so in the near future, be sure to contact your airline directly for the most up to date information regarding your flight status.

Are you currently traveling? Are the flight cancelations affecting your plans? Let us know in the comments below.