Despite the 50th, Magical Express Is EMPTY as it Nears its End - Inside the Magic 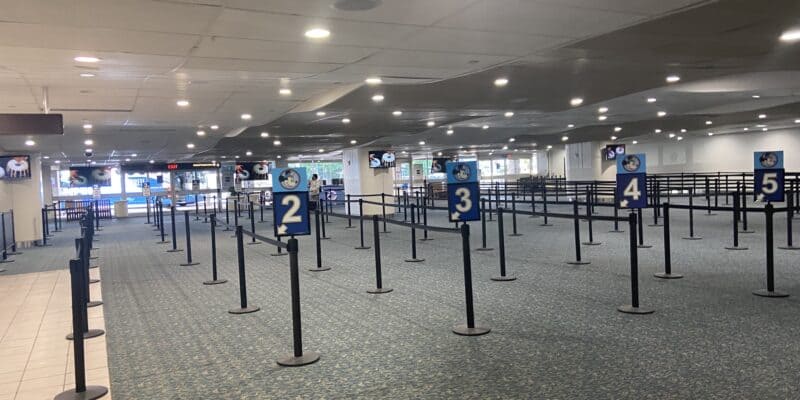 Disney’s Magical Express, despite being one of the best parts when arriving at Orlando International Airport, is coming to an end and will no longer be offered at the start of 2022. But as we approach the end of the service, as well as the start of Disney World’s 50th anniversary, here is what crowd levels looked like at the Magical Express section of Orlando International Airport.

For starters, this complementary mode of transportation brought magic to Guests before they even arrived at Walt Disney World property; however, as we mentioned earlier, this service will no longer be offered at the start of 2022. Per Disney:

But for now, the service is still being offered and today, September 29, I was able to utilize Magical Express where I was met with surprisingly low crowd levels. Despite the 50th anniversary beginning in just two days (October 1, 2021), Magical Express was pretty empty!

When I walked up to the booths, Cast Members welcomed me immediately as no one else was around. As I was checking in, more Guests did show up behind me, but only about three groups.

After I was checked in and made my way towards my line, I noticed there wasn’t another Guest waiting. You can see how empty the Magical Express lines are in the photos below.

I boarded the bus immediately, which where I was, again, met with absolutely no one. I sat on the bus for approximately 15 minutes as more families boarded my bus and then we were on our way to Walt Disney World!

All in all, the wait was little to none, aside from waiting while I was on the actual bus so the Cast Members could fill as many Guests as they could prior to leaving. I do want to note that I took a pretty early morning flight and so the lines for Magical Express could grow closer to the afternoon. If it does get busier, please remain as patient as possible as Disney Cast Members are working as hard as they can to make your experience as magical as possible.

At this time, Disney has not announced a complimentary replacement for Magical Express, but Inside the Magic will update you as we get information.