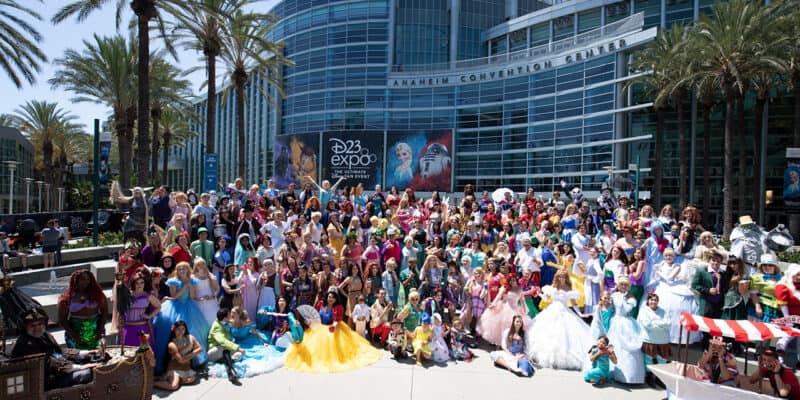 We hope you already bought your tickets because “the biggest Disney event of the year” is now sold out.

The event starts on September 9 but we hope you have already bought your passes because, as of now, tickets are now completely sold out. While we don’t have any concrete information on what will be discussed, we have a few things to look forward to, especially when it comes to the Disney Parks. One of the major projects fans have been clamoring for ever since 2017’s D23 expo is the official opening of Magic Kingdom’s brand-new TRON roller coaster.

Disney has been testing the ride, and construction is moving along nicely, making a release date a solid contender for just one of the many reveals we will get from this year’s convention.

D23 Expo Presented by Visa is only a few months away—and with it, the promise of exciting announcements, reveals, sneak peeks, and more for everything Disney. Plus, Disney100 will kick off at D23 Expo, celebrating 100 years of wonder as The Walt Disney Company enters its second century. The festivities begin Friday, September 9, with the Disney Legends Awards Ceremony and a kick-off to Disney100. Later that day, The Walt Disney Studios will showcase what’s on the horizon from Walt Disney Animation Studios, Pixar Animation Studios, and Disney Live Action. On Saturday morning, the Studios will give fans a sneak peek at the latest from Marvel and Lucasfilm. That afternoon, Disney Branded Television will preview its exciting slate. On Sunday morning, fans will get a preview of what’s in store at Disney Parks, Experiences and Products, and later on, guests will enjoy a special presentation of Disney Princess – The Concert.

These incredible presentations will take place in “Hall D23,” the 6,900-seat venue located in Hall D of the Anaheim Convention Center.

Will you be attending D23 this year?