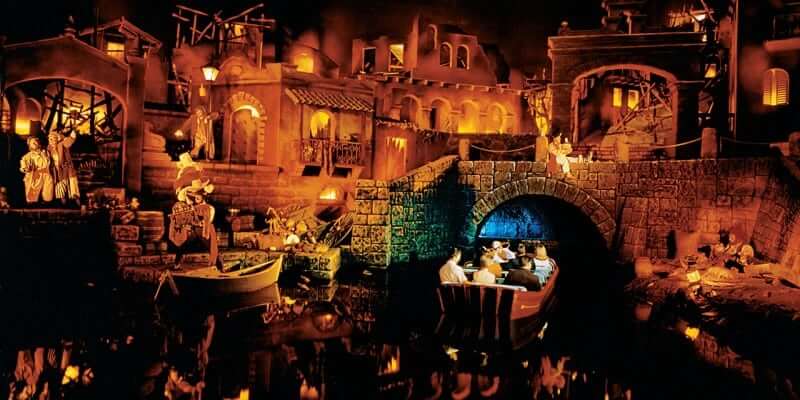 “Psst! Avast there! It be too late to alter course, mateys…”

For over two months, Guests have been eagerly waiting to embark on a swash-buckling excursion again, joining Captain Jack Sparrow and other plundering pirates in Disneyland’s Pirates of the Caribbean. However, the experience was not like many would’ve expected.

We reported that the attraction had a significant delay when the Park opened, leaving a long line of expectant Guests disappointed. Throughout the day, the attraction suffered several breakdowns and temporary closures, making it a rough day to set sail at Disneyland.

Redditor u/just-cade asked if Guests who had been able to experience this ride’s reopening had noticed any significant changes to the attraction, as would be expected after such a lengthy refurbishment. Redditors were quick to share their experience in response to this post.

User u/coltranematrix commented that they had to wait about 20 minutes to exit the attraction, as the boat they were riding would not correctly align with the rails on the platform, presenting a safety issue Cast Members could not oversee. They commented that Cast Members were clearly stressed by the situation, and of course, by the pressure and high demand for this attraction on its reopening day, and were working with two engineers to try to fix the problems in the attraction.

Redditor u/LankyEmergency7992 added to this problem, saying that Pirates of the Caribbean is now less reliable than Rise of the Resistance in Star Wars: Galaxy’s Edge and that the attraction presenting such problems after a nearly three-month-long refurbishment was a significant problem.

User u/bunifarcr commented that a friend who happens to be a Cast Member informed them that the refurbishment was merely aesthetic, mainly with animatronic maintenance and repainting, but that the attraction itself would remain the same. Even though the main focus of this refurbishment was to fix the animatronics on the ride, many Guests pointed out that several characters remained damaged and inactive, making it feel like the attraction was set to “suspended animation.” “It’s exactly the same. Broken animatronics and all,”u/spaldingclan commented.

One of the biggest concerns about this refurbishment was the possibility of seeing Captain Jack Sparrow, played by and modeled after Johnny Depp, sail away from the attraction amid the recent polemic surrounding the Pirates of the Caribbean actor and his Hollywood actress ex-wife Amber Heard. Fortunately, as we reported, Guests will still be able to see Captain Sparrow, the man, the myth, the legend, as they sail through this beloved classic attraction.

While there are many mixed opinions regarding the ride’s condition and the issues that still need to be taken care of in the attraction, there is not much Guests can do but wait for Cast Members to sort the situations as they come up. However, it is still exciting to see the attraction now open, allowing Guests to sing along to “Yo Ho! (A Pirate’s Life For Me).”

Disneyland Park is currently making significant improvements to several attractions. Tarzan’s Treehouse is still waiting for a complete reimagining. Toontown is also gearing up for a massive change that will be revealed in 2023 with the reopening of the land and the debut of Mickey and Minnie’s Runaway Railway. However, there is still so much for Guests to enjoy! Disneyland is home to many timeless classic attractions like Peter Pan’s Flight, The Haunted Mansion, “it’s a small world,” Matterhorn Bobsleds, and so many more! Pirates of the Caribbean, one of the Park’s most popular attractions, recently reopened its doors, taking Guests on a swash-buckling excursion with plundering pirates. The Park also offers new and exciting experiences like Star Wars: Galaxy’s Edge, where Guests can live their own out-of-this-world adventure, meet characters from the Star Wars franchise, enjoy some blue or green milk and ride Rise of the Resistance and Smuggler’s Run.

Plus, there is so much to see and do at Disney California Adventure Park! Guests can enjoy Buena Vista Street as they walk the roads Walt had in Hollywood, enjoy a hand-dipped corn dog at Award Wieners, and Head to Cars Land to enjoy the neon signage and Radiator Springs Racers. Fans of the MCU can visit Avengers Campus and join their favorite superhero on exciting missions on WEB SLINGERS: A Spider-Man Adventure and Guardians of the Galaxy – Mission: BREAKOUT! Guests can also enjoy the Pixar Pal-A-Round on a swinging or non-swinging gondola, learn to fly at Goofy’s Sky School, rock on the Silly Symphony Swings, and catch Jack-Jack on Incredicoaster! The list of rides and attractions never ends!

Are you excited to see Pirates of the Caribbean reopen at Disneyland? Let us know in the comments below!