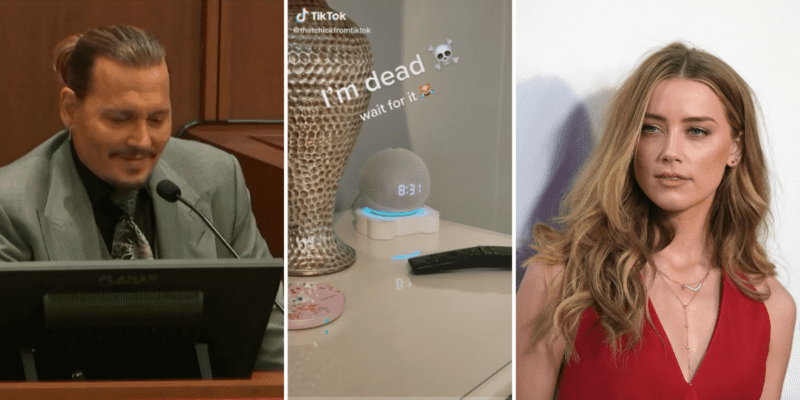 Amid the controversy and mixed opinions regarding the case between Johnny Depp and Amber Heard, an Alexa device surprisingly took the side of the Pirates of the Caribbean star, and viewers can’t get enough of it.

The video has gathered over 2.2 million views and sixteen thousand comments since it was posted on May 19th, even making Niki record a second part of the video, with slightly different questions, but asking “Is your character abusive?” before guessing Amber Heard again.

You can see part three of this video series down below or click here to watch the video.

Reply to @eternallydeparted Part 3! Alexa gave me all kinds of hell on this one! Enjoy #alexa #akinator #amberturd #amberheard #johnnydepp #amberheardjohnnydepp

Reply to @eternallydeparted Part 3! Alexa gave me all kinds of hell on this one! Enjoy 😅 #alexa #akinator #amberturd #amberheard #johnnydepp #amberheardjohnnydepp

While there is no official word on why Alexa had these responses while playing the Akinator game, viewers can’t get enough of it, and surely more than one tried to get Alexa to say this after watching the video.

We have recently reported on how the amount of coverage on this case, both on news platforms and social media, has made readers feel overwhelmed, with some even thinking that Johnny Depp’s team is using bots to weaponize the internet against Amber Heard.

More on this case

Johnny Depp is suing his ex-wife, Amber Heard, for defamation after writing an op-ed for The Washington Post, where she referred to herself as a “public figure representing domestic abuse.”

Ms. Heard is countersuing Mr. Depp, claiming that he “defamed her when his former lawyer released statements saying her abuse allegations were a hoax.”

Have you heard Alexa give these responses? What do you think about them? Let us know in the comments below!