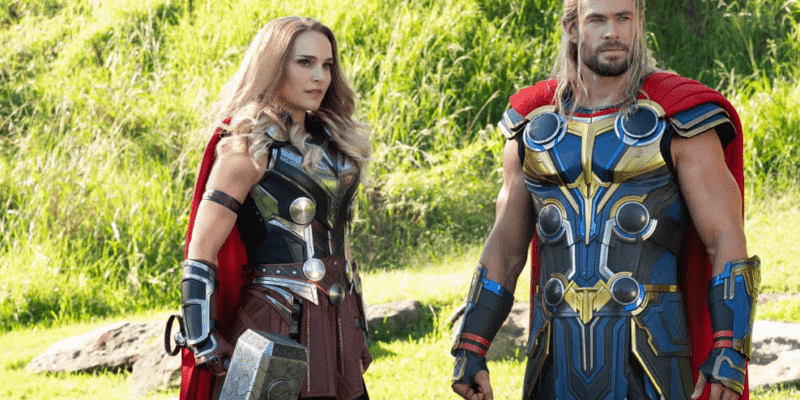 Taika Waititi is making sure that the comedic levels in Thor: Love and Thunder (2022) are being exploited as he believes this is what fans want.

Thor 4 is going to be Chris Hemsworth’s next adventure in the MCU, and it might be his biggest adventure yet. The Guardians of the Galaxy are joining Thor in this movie as the God of Thunder tries to learn who he really is. The movie will connect with the ending of Avengers: Endgame (2019) as fans will get to see Thor get back in shape.

Christian Bale will star as the villain, Gorr the God Butcherer who is on a crusade to wipe out all of the gods in the Marvel Cinematic Universe. Waititi has already confirmed that Gorr will be “terrifying” and believes that the villain will be far better than Josh Brolin’s Thanos.

Despite the grim tone set by Gorr, Waititi plans to make sure Natalie Portman’s Jane Foster/Mighty Thor will be around to provide some comedic relief. Marvel is well-known for having lots of humor, but Waititi  tells Empire Magazine that he believes Portman should be “goofy” and wants to “exploit” her humor in the film:

“Well, you don’t want Natalie coming back and playing that same character who’s walking around with science equipment. You know, while Thor’s flying around, she’s left on Earth, tapping her foot going ‘When’s he going to be back?’ That’s hoping. You want her to be part of the adventure. And with the character of Jane, you want a little bit more. Natalie’s really funny in real life. She’s kind of goofy and has got a great sense of humor, and I don’t think that was exploited enough in the first films.”

While some people may be looking for Natalie Portman’s new role in Thor 4, most fans are not happy to see Marvel continue to replace their iconic super heroes. While this does happen in the comics, fans don’t think Chris Hemsworth should be replaced so soon. Now for Portman to be very funny in the movie leaves no room for the Shakespearian style Thor to return. It seems that Marvel would rather turn the movie into another action-comedy instead of going back to Thor’s roots in the comics.

Related: Hiddleston Claims He Isn’t “Andrew Garfield” When It Comes to ‘Thor 4’