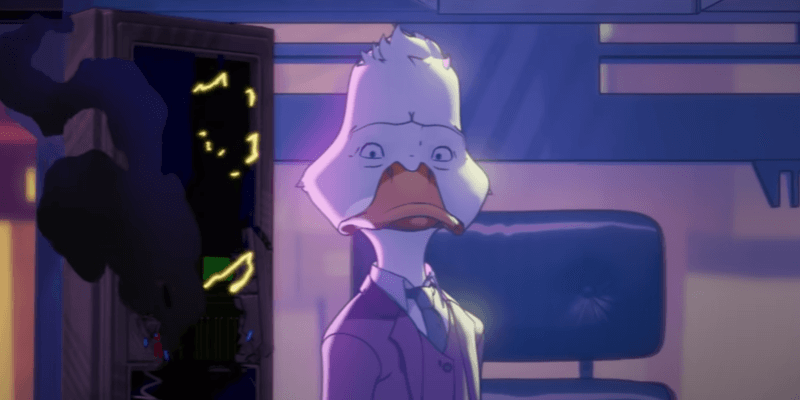 Marvel’s last non-MCU series, M.O.D.O.K. has been canceled from Hulu after one season.

Patton Oswalt’s M.O.D.O.K. may not be known by many fans, but it’s the last series to be canceled from a failed Marvel project that once had a lot of ambition. Just like Inhumans, M.O.D.O.K. was supposed to explore some of Marvel’s more obscure characters without being entangled in the world of the MCU. That way in case the series failed, then Marvel can easily discard the series without facing a lot of angry fans as the show isn’t part of the Marvel Cinematic Universe.

Jeph Loeb worked with a special unit at Hulu to create four Marvel projects on Hulu that will lead to a new crossover event called, The Offenders. Some of the projects — Howard the Duck and Tigra and Dazzler — ended up being scrapped right away leaving only two series left with the new creative team. Hit Monkey was released in November 2021 and has been silent ever since if another season will happen. Now, M.O.D.O.K. has finally canceled Season 2 leaving the future of Marvel’s Hulu adventure to seemingly come to an end.

Most Marvel fans may have heard a snippet about these projects, but since they aren’t part of the MCU, many fans just didn’t care. This is one of the problems with Marvel’s non MCU projects as the only projects to be successful would be some of the Netflix Marvel series and the ABC’s Agents of S.H.I.E.L.D. series. Now, both of these are on Disney+ with no seasons coming anytime soon with fans hoping to see the characters return in the MCU.

Now that M.O.D.O.K. has come to an end, it seems that Marvel may be trying to cut all of the non MCU projects in case Marvel plans to bring those characters into the MCU. When it comes to Charlie Cox’s Daredevil, Marvel faces the problem of trying to expand Daredevil’s story as Marvel doesn’t want to anger fans, but they are almost forced to continue Matt’s story from where the Netflix series left things. For other characters from the Netflix Marvel series, this can be more challenging and Marvel doesn’t want to repeat this mistake if M.O.D.O.K. enters the MCU.

When Kevin Feige took over Marvel television, a lot of these projects were immediately scrapped or put on the back burner as Marvel wanted to make a series for the MCU. To avoid confusion a lot of the other series no longer exists which is now a problem Marvel faces when they decide to reintroduce the characters with a pre-existing fanbase.

Do you think M.O.D.O.K. will enter the MCU at one point? Is Marvel right to cancel these lesser-known series? Let us know what you think!