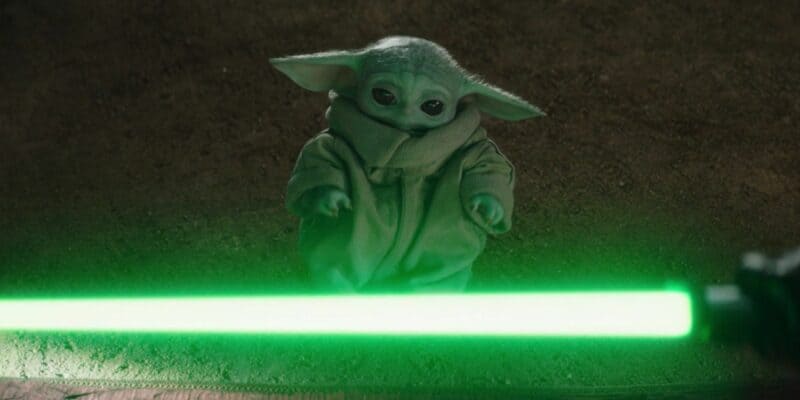 If you’ve been following The Mandalorian saga for any length of time — and, let’s face it, who hasn’t been? — you know that the show’s first spinoff, Robert Rodriguez’s The Book of Boba Fett, functioned as “The Mandalorian Season 2.5″ more than as a conventional standalone spinoff.

Djarin made his own triumphant return one episode earlier, in the Bryce Dallas Howard-directed Episode 5 (“The Return of the Mandalorian”).

The success of The Book of Boba Fett, particularly beginning with its fifth installment, may play a key role in the future of another franchise.

Alita Battle Angel (2019) was directed by Rodriguez following James Cameron’s (Titanic, Avatar) exit from the project. Last year, before The Book of Boba Fett aired, Rodriguez shared that its performance could majorly impact whether or not Disney greenlit an Alita sequel:

“I’m trying to see what happens with Boba Fett, I think that’s going to knock people’s socks off so when that happens I will go in and say, ok, I’ve been here for a while, let’s figure out how we can do Alita whether it’s for streaming or theatrical because it’s such a great property, people love it, I love it and Jim [Cameron] loves it. We just talked about it recently again, about how can we do this, what’s the best way to approach it, I think it’ll be me going in there with him to talk about it because I’m doing a lot of stuff for them [Disney] now.”

The movie’s star, Rosa Salazar, has also previously stated that she desperately wants to do an Alita Battle Angel 2. The visually eye-popping movie had a worldwide box office take of $405 million, which is reportedly less than what 20th Century Fox — now 20th Century Studios — was hoping for, but certainly isn’t a bomb by any stretch of the imagination.

“I harass them [Rodriguez and Cameron] all the time. Like, it might become a legal issue soon. I email with James Cameron a lot. … And he’s always like, ‘I’m so down.’ Which is crazy to hear someone like James Cameron be like, ‘I’m so down!’ When we were in South by Southwest, I went over to Robert (Rodriguez)’s house and had tea, and was just talking about Alita.”

Although the film was not a blockbuster hit, Alita has a strong fan base who would adore a second installment in the series.

Salazar recently went to bat for the anime-inspired film franchise again, saying that she will fight for a sequel “until the end of time.”

The official description of the project reads:

From visionary filmmakers James Cameron (“Avatar”) and Robert Rodriguez (“Sin City”), comes “Alita: Battle Angel,” an epic adventure of hope and empowerment. When Alita (Rosa Salazar) awakens with no memory of who she is in a future world she does not recognize, she is taken in by Ido (Christoph Waltz), a compassionate doctor who realizes that somewhere in this abandoned cyborg shell is the heart and soul of a young woman with an extraordinary past. As Alita learns to navigate her new life and the treacherous streets of Iron City, Ido tries to shield her from her mysterious history while her street-smart new friend Hugo (Keean Johnson) offers instead to help trigger her memories. But it is only when the deadly and corrupt forces that run the city come after Alita that she discovers a clue to her past – she has unique fighting abilities that those in power will stop at nothing to control. If she can stay out of their grasp, she could be the key to saving her friends, her family and the world she’s grown to love.

Do you think the success of The Book of Boba Fett will help Rodriguez convince Disney to green light Alita 2?