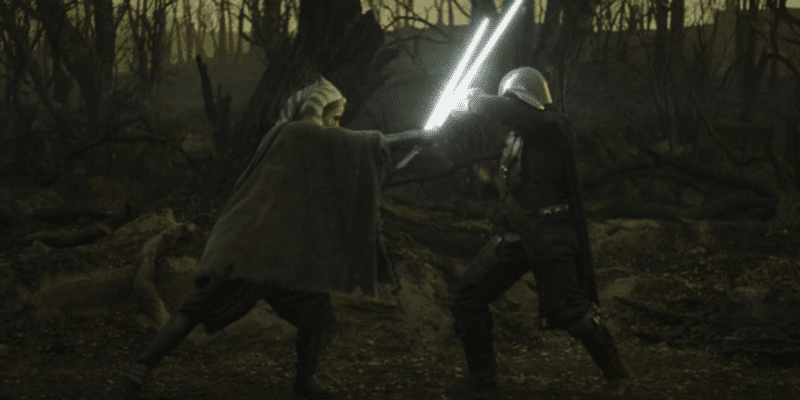 Related: ‘Star Wars’ Fans Hone In on “Distress Beacon,” Convinced Cad Bane Will Be Back

Thanks to the Season 1 finale of Star Wars: The Bad Batch, which seemingly introduced Mount Tantiss into the existing Star Wars canon, many fans are expecting the character to appear in live-action sooner rather than later.

This seems especially likely with Thrawn’s life-action debut also just around the corner, presumably in The Mandalorian spinoff series, Ahsoka. Thrawn was portrayed by Lars Mikkelsen in Dave Filoni’s animated series, Star Wars Rebels, and the actor is rumored to have been handed the live-action role as well.

Although the exact plot of the upcoming spinoff, Ahsoka, is unknown, we know that it will function as a sort of Rebels sequel, with Grand Admiral Thrawn, Ezra Bridger (Mena Massoud), and Sabine Wren (Natasha Liu-Bordizzo) all appearing.

Now, a new report indicates that Thrawn may actually be getting his own straight-to-Disney+ movie based on Zahn’s classic Star Wars novel, “Heir to the Empire.”

Given the events of both seasons of The Mandalorian and The Book of Boba Fett, it would not be surprising if this movie were to function as the “streaming event” Lucasfilm President Kathleen Kennedy promised during her 2020 Disney Investor Day announcement.

The film, of course, remains unconfirmed, but the aforementioned report notes that apparently “Lucasfilm sees Disney+ as a home for less mainstream Star Wars movies. For example, Solo: A Star Wars Story tanked at the box office. It would’ve been a success on Disney+.”

It will certainly be interesting to see if this Star Wars movie actually comes to fruition in the near future, as it would undoubtedly delight fans who are chomping at the bit for as much of Jon Favreau and Dave Filoni’s “Mando-Verse” as they can get.

What do you think? Is an “Heir to the Empire” movie happening?