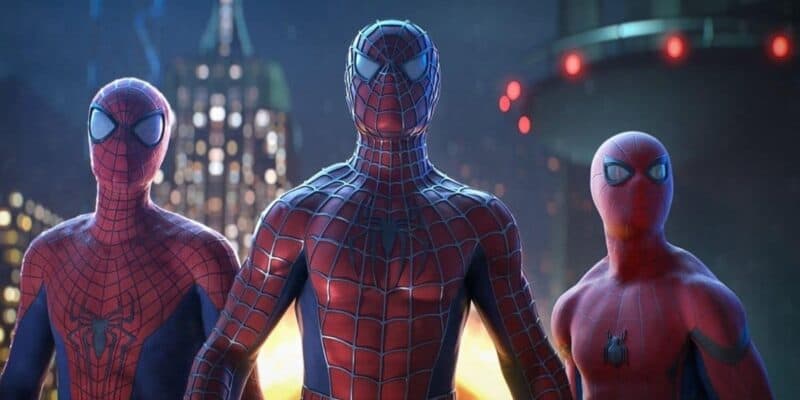 Every Marvel fan needs to be on red alert with only two weeks until Spider-Man: No Way Home swings into theaters. Starting December 3, Sony is hosting press screenings for the Marvel movie, meaning spoilers are bound to materialize.

Every fan’s worst nightmare is having a superhero movie spoiled, especially Spider-Man: No Way Home (2021). Though many secrets regarding the film are out of the bag, Doctor Strange himself Benedict Cumberbatch promises that the film is “riotous” and features some twists that no one is expecting.

So, it comes with a heavy heart to report that some journalists and reporters from big-name companies that get a sneak peek of the Marvel movie will undoubtedly spoil the film:

Fans don’t want No Way Home spoiled for many reasons, mainly because of the overwhelming rumors that previous “Spider-Men” Tobey Maguire and Andrew Garfield.

In the past, Marvel Studios ran official ad campaigns to #DontSpoilEndgame, referring to the mega Marvel mashup Avengers: Endgame (2019).

Hopefully, Kevin Feige and crew will follow a similar path with No Way Home, the most anticipated movie since Endgame.

Be careful scrolling through social media, as this Spider-Man movie could be spoiled!