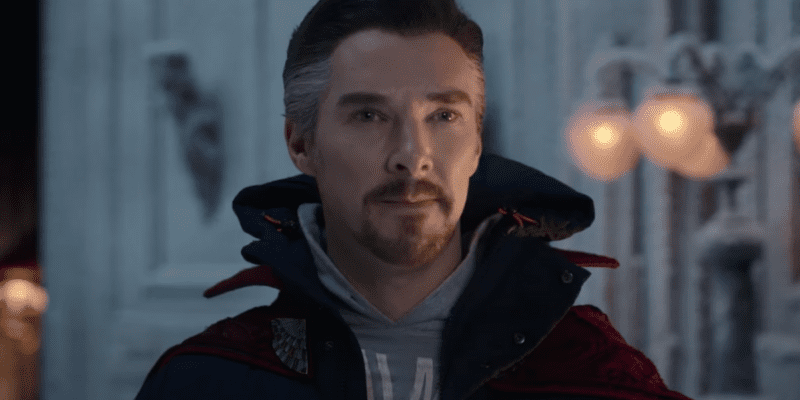 It seems there are things that even Doctor Stephen Strange doesn’t know.

His next movie is THE hot cinema ticket this festive season, with Spider-Man: No Way Home (2021) crashing most major cinema sites when tickets were dropped this week.

But in a new interview, Benedict Cumberbatch has revealed how “out of the loop” he is about Phase Four of the Marvel Cinematic Universe.

With rumors circling about the appearances of Tobey Maguire and Andrew Garfield in Spider-Man: No Way Home, many Marvel fans are wondering how much each member of the cast knows – especially with Holland’s reputation of spoiling movies in interviews.

Now it seems Benedict Cumberbatch has revealed how stepped back he is from Marvel’s casting department, explaining his surprise at a particular actor’s appearance in Marvel’s Eternals (2021).

Eternals, which premiered to lukewarm reviews nearly a month ago, introduces a dozen new characters and thousands of years of MCU history in the franchise’s 26th movie.

Giving the immortal Eternals a solo movie, Marvel’s very differently styled – and very lengthy – movie seemed to be overshadowed by its post-credits scenes.

The casting of Harry Styles as Thanos’ brother was a surprise to many Marvel fans, with most wondering who knew about Styles’ entry into the MCU’s Phase Four.

In an interview with Entertainment Tonight, Marvel Studios star Benedict Cumberbatch shared his surprise about Harry Styles’ casting as Eros in Eternals.

Cumberbatch admitted that he was completely “out of the loop” on Styles being cast in the role, highlighting how secretive Marvel is being even to one of its key players.

When asked about Harry Styles entering into the MCU in Eternals, Cumberbatch responded:

It’s crazy hearing how secretive Marvel Studios and Kevin Feige can be. Back in 2009, Marvel made Samuel L. Jackson drive to the set of Iron Man under a coat to ensure his first time playing Nick Fury in Iron Man alongside Robert Downey Jr. didn’t leak.

We’ll have to wait and see how secretive Marvel can be when these movies are released, because being in a cinema on opening night and hearing a collective Marvel fan reaction – that’s movie magic.

Benedict Cumberbatch has two big MCU movies coming up. In December, the eagerly-awaited Spider-Man: No Way Home, and next year, Doctor Strange in the Multiverse of Madness (2022).

He can currently be seen in the Netflix Western drama The Power of the Dog (2021), in which Cumberbatch portrays gruff cowboy Phil Burbank, who lives near his brother George (Jesse Plemmons). The plot of the project centers around Burbank, whose relationship with his sister-in-law Rose Gordon (Kirsten Dunst) is strained.

Cumberbatch also revealed in the same interview how he got in and out of character, with the Sherlock actor telling Entertainment Tonight that it was his driver on the set that helped him get both in and out of the role each day:

“It was like an hour-and-a-half drive, so I would shed him quickly after I took the chaps and the boots and the hat off. I would get in the car, kick back and play some music and roll the windows down, talk to Scottie who’s like my right hand man, who drove me. He was my touchstone through the whole picture. It was just really nice to have a friend in the car like that, who just would be super chill with me on the way in, coming into character, and on the way back going, ‘Hi, Scottie, I’m back. It’s Ben.'”

Were you surprised by Harry Styles’ appearance at the end of Eternals?