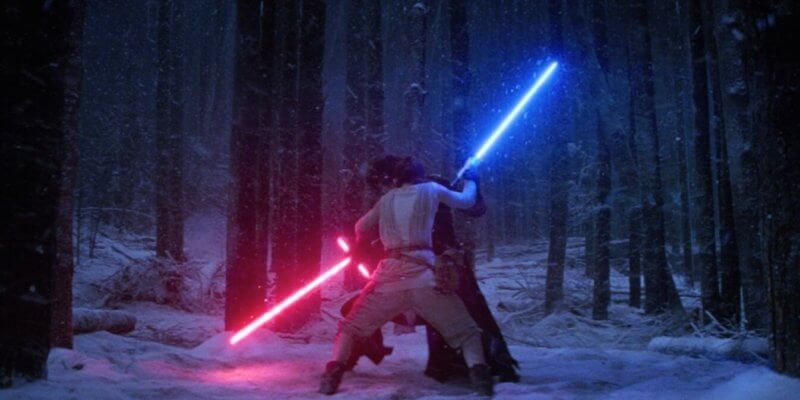 In the Star Wars universe, the Force holds the galaxy together and, in some cases, nearly tears it apart — hello, Kylo Ren and Emperor Palpatine.

As part of the High Republic publishing initiative, which officially began earlier this year, we’ve already learned what the Force looks like to a Jedi thanks to comic issue Marvel’s Star Wars: The High Republic #1, by Cavan Scott and Ario Anindito.

The tale introduces fans to brand new High Republic characters, including Padawan Keeve Trennis, who is shown in the amazing drawing [above].

The High Republic era is set about 200 years before Star Wars: Episode I – The Phantom Menace (1999) during the golden age of the Jedi Order, and, now, it’s doing an excellent job of continuing to explain the role of the Force in the Star Wars galaxy at large.

In the George Lucas Star Wars movie that started it all — Star Wars: Episode IV – A New Hope (1977) — Jedi Master Obi-Wan Kenobi/”Old Ben” Kenobi (Alec Guinness) tells young Luke Skywalker (Mark Hamill), “It’s [the Force] an energy field created by all living things. It surrounds us and penetrates us; it binds the galaxy together.”

Now, in Cavan Scott’s latest High Republic novel, “The Rising Storm”, we have gotten a glimpse of what is perhaps the deadliest Force user in history for the first time in 40 years. ScreenRant noted:

He [Marchion Ro, the Nihil leader] has uncovered a creature who long slumbered in the ice of the planet Rystan, a monster traditionally known as the Leveler. This four-legged beast appears to consume the Force in the area around it, and when released it preys upon Force-sensitivities, leaving their bodies as lifeless husks. It’s only briefly seen at the very end of the story, but it successfully kills a celebrated Jedi Master in moments before being recalled…

Seemingly, this Force predator devours (and thrives on) the midi-chlorians in Force-sensitive beings’ blood — in other words, it’s a good thing Anakin Skywalker and Grogu neither encountered this beast.

As ScreenRant’s article astutely pointed out, the Leveler, although we haven’t yet seen an actual depiction of the creature, seems akin to another nearly-forgotten being in the Star Wars universe:

The Leveler feels similar to the tuk’ata seen in Dooku: Jedi Lost, slumbering in a form of suspended animation for untold centuries. That suggests it too was a creation of the Sith, perhaps something they fashioned to serve their will and guard their temples from Jedi in ancient times.

Due to Ventress’s role in Clone Wars, it is clear that characters from Scott’s work can crossover into Star Wars series, so there is certainly a possibility that we’ll see the Leveler come to life in the future. At this time, only one upcoming streaming series, Leslye Headland’s The Acolyte, is known to take place during the High Republic era.

What do you think? Will the Leveler become the Jedi Order’s most terrifying threat yet?