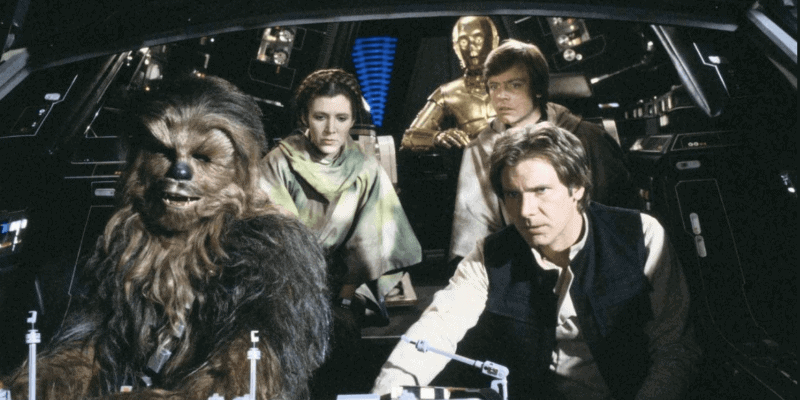 Since the Skywalker Saga began in 1977, Star Wars fans have debated who the most important character in the Star Wars galaxy actually is. Is it Jedi Knight Luke Skywalker? His father, Darth Vader? Emperor Palpatine, perhaps? Princess Leia and her commitment to the Rebellion?

Now, Star Wars has confirmed which character plays the biggest role in the Star Wars story and the answer may surprise you — none other than Millennium Falcon pilot Han Solo.

“Star Wars: War of the Bounty Hunters”, a new Marvel Comics series by Star Wars writer Charles Soule, is set between the final two original trilogy films, Episode V – The Empire Strikes Back (1980) and Episode VI – Return of the Jedi (1983).

This means we pick up after Solo has been frozen in carbonite follow the infamous Sarlaac pit incident. The legendary bounty hunter Boba Fett is tasked with bringing the wanted smuggler to Jabba the Hutt, but this proves to be tougher than expected.

In the prelude issue of “War of the Bounty Hunters”, Fett has to make a pit stop on the Hutt homeworld planet Nat Shaddaa — nicknamed “Smuggler’s Moon” — for assistance when Solo’s carbonite casing starts malfunctioning. While Fett is making good on his debts in the fighting pits, a mercenary group comes to steal Solo’s carbonite-encased body.

In the comic book [above], one mercenary thief says, “For this to work, we needed something that would get the attention of the entire galaxy. For better or worse, I believe that is Han Solo.”

This short statement confirms that the “scruffy nerfherder” who stole Princess Leia Organa’s heart is more than he appears — he’s the most crucial player in the Star Wars galaxy and he has a hand in nearly everything that goes on in the crime syndicates and smuggling rings.

The end of the [first] issue confirms the survival of Crimson Dawn, the villains from the 2018 Solo movie, who are now in possession of the frozen Han. However, the biggest twist of the story so far reveals that Crimson Dawn is now under the control of Qi’ra, Han’s love interest who was played by Emilia Clarke in the movie. As Qi’ra admires her prize, one of her assistants asks why she went through such trouble to get her hands on Han. Qi’ra explains that Han “is directly connected to almost every powerful faction in the galaxy…They all love him, hate him, need him, owe him, or are owed by him. Han Solo unites the galaxy.”

Although we last saw Han Solo in the Star Wars sequel trilogy, when Harrison Ford reprised his original trilogy role in Episode VII – The Force Awakens (2015) and, briefly, when he appeared to Kylo Ren (Adam Driver) in Episode IX – The Rise of Skwyalker (2019), it’s likely that we will next see the iconic character in live-action in a streaming series during his younger years.

Alden Ehrenreich, who portrayed young Solo in Solo: A Star Wars Story (2018) could very well return in either Temuera Morrison and Ming-Na Wen’s The Book of Boba Fett — set after Return of the Jedi during The Mandalorian era — or Ewan McGregor and Hayden Christensen’s Obi-Wan Kenobi — set about 10 years after Episode III – Revenge of the Sith (2005) before the original trilogy.

Both series are set to take place on Tatooine, where we know Solo and Chewbacca (Joonas Suotamo) were headed at the end of the prequel film. Due to this, it does, perhaps, make the most sense for Solo’s return to come during the Obi-Wan Kenobi series — or even the upcoming Lando special event series, depending on its place in the Star Wars timeline — though nothing has been confirmed.

One thing’s for sure, though, we undoubtedly haven’t seen the last of the most important character in the Star Wars universe.

What do you think? Do you agree Han Solo matters more than any other Star Wars character? When do you hope to see Han and Chewie again?