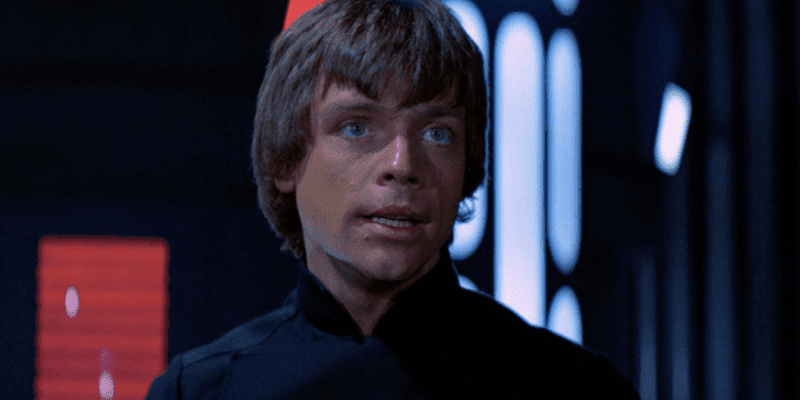 Even if you’ve never watched a single Star Wars movie or TV series, the odds are good that you still know who Jedi Knight Luke Skywalker is. In the 1970s, George Lucas took a gamble — he cast relative-unknown Mark Hamill in the Star Wars leading role, and the rest, as they say, is history.

For over 40 years, Hamill — alongside original trilogy costars Harrison Ford (Han Solo) and the late Carrie Fisher (Princess Leia Organa) — has been bringing a galaxy far, far away to life for fans of all ages.

Most recently, a CGI version of Hamill during the Star Wars: Episode VI – Return of the Jedi (1983) years appeared in Jon Favreau and Dave Filoni’s The Mandalorian Season 2 finale episode. The reintroduction of young Luke to the Star Wars universe was an epic moment for longtime fans — and gave rise to a host of possibilities moving forward.

For decades, what happened to Skywalker during the period between Return of the Jedi — and the Battle of Endor — and The Force Awakens was unknown. In the Star Wars timeline, this means there is about a 25-year gap in the iconic Jedi Master’s life.

Now, with Skywalker taking Grogu as his Padawan, there is certainly the possibility for the rumored Luke Skywalker series starring Sebastian Stan to become a reality.

In addition, though, other upcoming Star Wars streaming shows should fill in many of the holes that were left in the Star Wars story for a generation.

The Mandalorian Season 3, for example, is likely to feature Skywalker in some way — even if it is only in the form of Din Djarin (Pedro Pascal) talking about Grogu’s future with the Jedi Order. This could still give Star Wars fans a glimpse of what Skywalker was up to at his new Jedi Academy in the time before Ben Solo destroyed it on his way to becoming Kylo Ren.

Furthermore, two of the three Mandalorian spinoffs already have a Skywalker connection. The Book of Boba Fett, of course, will follow the legendary bounty hunter — now played by Temuera Morrison instead of the original trilogy’s Jeremy Bulloch — who scrapped with our heroes during the Sarlaac pit scene.

And, Ahsoka will showcase Skywalker’s father’s Padawan, Ahsoka Tano (Rosario Dawson), years after Anakin Skywalker descended to the dark side as Sith Lord Darth Vader. Little is known about Rangers of the New Republic, but it, too, could have a connection to the lightsaber-wielding Skywalker.

To date, The Mandalorian saga has taken place about five years after Return of the Jedi, giving Favreau and Filoni the perfect opportunity to expand on Luke Skywalker’s lost years in their upcoming quartet of shows — especially if Pascal was right when he teased a time jump in the upcoming third season of The Mandalorian.

Oh, and, there’s another series that just might clear up a few of the murky details about Skywalker’s lost two decades — Lando, a special event miniseries, will feature Lando Calrissian, who knows a thing or two about Luke, Han, Leia, and the Millennium Falcon.

Even though the Skywalker Saga is over, it seems as though Luke Skywalker’s story might just be getting started.

Are you hoping to see a lot more of Skywalker’s story as the Star Wars galaxy continues to expand?