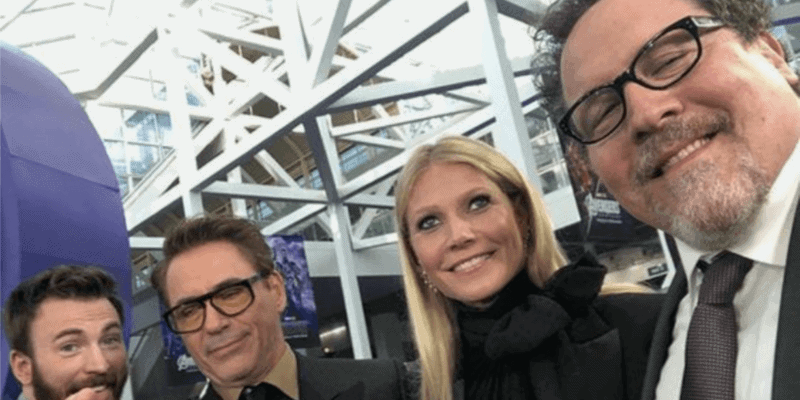 Before Jon Favreau became the savior of Star Wars by way of The Mandalorian, he was a lot of other things.

In addition to acting in bit parts on series like Seinfeld, Chicago Hope, and The Sopranos, Favreau played Pete Becker in Friends and co-produced movies like Swingers.

Then, Marvel Studios came calling. In 2008, Favreau began his ascent to becoming a household name — and an entertainment powerhouse — with the original Iron Man movie, featuring Robert Downey Jr. in the title role. Favreau not only produced the film but acted in it as Happy Hogan.

Related: Robert Downey Jr. Confirms He Is “All Done” With Marvel

Phew. Are you tired yet? Favreau wasn’t.

In the midst of all of this, the prolific writer/producer/actor/director found time for two Disney live-action adaptations — The Jungle Book (2016) and The Lion King (2019) — and, alongside Dave Filoni, the creation of the show that would save Star Wars — The Mandalorian.

The Lucasfilm series, featuring Pedro Pascal as titular Mandalorian bounty hunter Din Djarin and an adorable puppet named Grogu (AKA Baby Yoda), has already been renewed for a third season on Disney+ and has given rise to three confirmed spinoffs — Ahsoka, Rangers of the New Republic, and The Book of Boba Fett.

Favreau and Filoni are working on all of them, a fact Favreau himself confirmed on Good Morning America earlier this month.

And, yet, the question of when — or if — Jon Favreau will make his triumphant return to the Marvel Cinematic Universe remains. The answer? Possibly sooner than we think.

It is expected to follow James Rhodes/War Machine (Don Cheadle) in his efforts to remedy the damage done after Tony Stark’s technology falls into the wrong hands.

There is a lot unknown about this series as it was just announced; there is no confirmed release date, synopsis, or cast beyond Don Cheadle’s return. However, that hasn’t stopped fans from speculating on what’s to come and more importantly, what they want to see in this return to the Iron Man-like world.

Related: Is Don Cheadle’s War Machine Out of the Marvel Cinematic Universe?

One thing some fans really want is the return of Jon Favreau to the MCU. GameRant also noted that he’s the perfect choice to helm the Armor Wars show, seeing as he knows the Iron Man trilogy — and Tony Stark, both as a director/producer and as Happy Hogan — better than just about anyone else:

The want to involve past Iron Man characters and actors in Armor Wars goes beyond novelty. It would simply feel rather ingenious to remove James Rhodes from his origin story. While involving Favreau wouldn’t guarantee cameos from other actors, it would make it more likely for Happy Hogan to pop into the story. Strangely enough, despite Happy and James being both of Tony Stark’s closest friends, they have never interacted (so far) in the Marvel Cinematic Universe.

Giving Jon Favreau creative control, at least to some degree, of the Armor Wars series makes a lot of sense. The biggest question that remains is whether or not Favreau himself would be willing to take on the project, particularly as he already has four Star Wars streaming series — including the highly anticipated Mandalorian Season 3 we already mentioned — and Jungle Book 2 in the works.

As much as Hollywood previously saw Favreau as a Marvel guy in the thick of the Avengers movies, both the powers-that-be at Disney-Lucasfilm and fans on social media now seem to look at him and Filoni as the last best hope for the Star Wars universe — this was solidified by a certain surprise cameo  featuring a certain iconic Jedi actor named Mark Hamill in the second season Mandalorian finale episode.

Star Wars fans, it might go without saying, don’t necessarily want too much of Favreau’s career focus directed away from a galaxy far, far away right now.

However, since there is no known release date for Armor Wars, however, the MCU fandom can continue dreaming — at least until we receive an announcement to the contrary.

What do you think? Would you like to see Jon Favreau direct or produce Marvel’s Armor Wars?

Comments Off on Is Favreau Finally Set For a Triumphant Return to Marvel?