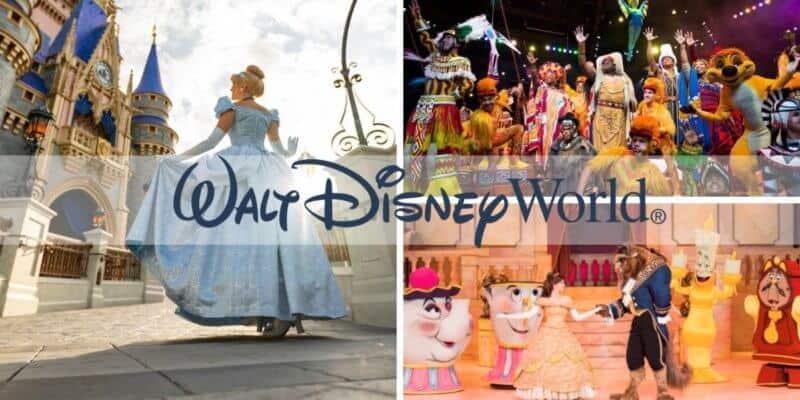 Walt Disney World reopened its gates to Guests back in mid-July, but we saw several different changes and protocols implemented in order to keep Guests and Cast Members safe. One of those being not running live shows, parades, or fireworks. But, with more locations around the globe bringing back live shows, what can Disney World do to follow in their footsteps? We have some ideas.

Los Angeles’s ABC 7 recently reported that the touring production of the Broadway musical Frozen recently resumed in Australia. So, what does this mean for shows at the Disney Parks? Well, after seeing this news, we suspect that there is a strong possibility no live stage shows will return to Disneyland Park or Disney California Adventure Park until Broadway productions are approved for the state of California. You can read more about this here.

Please keep in mind that the current COVID-19 pandemic situation is much different in Australia and New Zealand than it is right now in the United States. To put it into perspective, New Zealand has already been declared free of coronavirus.

So, what about the other side of the country? Walt Disney World in Orlando, Florida is currently operating much differently than Disneyland Resort in California — for starters, the theme parks in Florida have been open since July while the theme parks in California currently remain closed. But in regards to live shows, we think this goes much beyond finding a safe way to operate entertainment within the park.

For example, we have already seen certain shows make their return to Disney World, including For the First Time in Forever: A Frozen Sing-Along Celebration, therefore, we know Disney can run these shows with safety guidelines implemented. So, why aren’t we seeing the return of other shows such as Indiana Jones Epic Stunt Spectacular!, Beauty and the Beast — Live on Stage, Fantasmic!, The Festival of The Lion King, or others?

It seems as though the unfortunate layoffs we have seen over the last few months as well as the limited capacity have something to do with the reason why most live shows have not yet returned to Disney World.

The entertainment industry was hit the hardest back at the end of October as many performers announced they were let go from the company. These included performers from shows such as the Citizens of Main Street, the Citizens of Hollywood, Beauty and the Beast Live on Stage, the Monsters, Inc. Laugh Floor, The Festival of The Lion King, Finding Nemo The Musical, the Hoop-Dee-Doo Revue, the Move It! Shake It! MousekeDance It! Street Party, Mickey’s Royal Friendship Faire, and others.

Not long after Disney sent out these notices, they released a statement letting everyone know that they do plan to bring these performers back when they can.

In their statement, Disney shared that they are considering the guidance of health officials and government agencies in determining when the time will be right to adjust capacity and once it is appropriate, they will bring additional entertainment back.

We already know that Florida Governor Ron DeSantis approved the theme parks could return to normal operations, including full capacity, to which Disney responded by saying they weren’t going to make any immediate changes. But now that several months have passed by, and Disney has already confirmed they’ve increased capacity since reopening, does this mean they will now start to bring back some of the entertainment Cast Members and see the return of live shows?

Unfortunately at this time, we do not know when we will see live shows return to Disney World, but seeing places such as Broadway in other countries returning, New York City gearing up to try and bring back Broadway shows this summer, and Disney on Ice making a comeback in certain areas, we could start to see Walt Disney World follow in their footsteps.

Only time will tell.

Our thoughts are with all of those Cast Members who are being affected by these layoffs. If you are looking for ways to help these Cast Members, check out our resource article here.