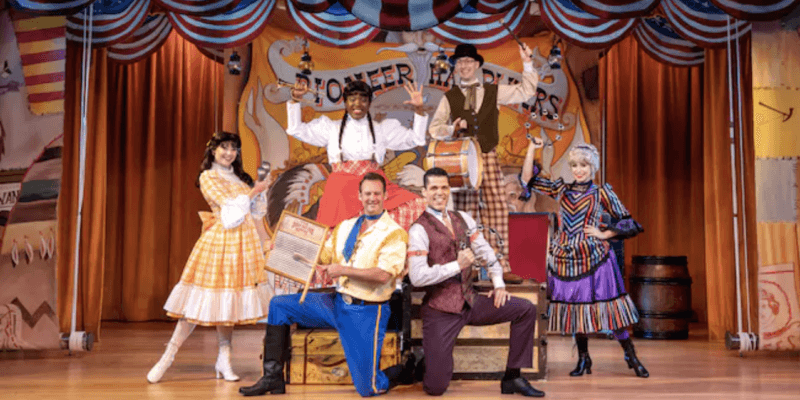 Amid tonight’s round of Walt Disney World Resort entertainment layoff emails, news has broken that all Hoop-Dee-Doo Musical Revue Cast Members received their notices of separation.

Many fans of the dinner show at Walt Disney World Resort took to Twitter to share and react to the news.

HOOP DE DOO REVUE AND BEAUTY AND THE BEAST LIVE ON STAGE TOO?

HOOP DE DOO REVUE AND BEAUTY AND THE BEAST LIVE ON STAGE TOO? OH MY GOD IT’S EVERYTHING. https://t.co/W1ycRt4Nnr

The news about Hoop-De-Doo [sic], Festival of the Lion King, and Finding Nemo workers being laid off hurts. Don’t think this is over yet either 🙁

The news about Hoop-De-Doo, Festival of the Lion King, and Finding Nemo workers being laid off hurts. Don't think this is over yet either 🙁

Remember that tonight’s layoffs are part of the original 28,000 that The Walt Disney Company announced last month. Layoff emails have been going out in waves and tonight, it seems that Disney World’s entertainment Cast Members are hearing from the company.

The Hoop-Dee-Doo Revue took place at Disney’s Fort Wilderness Campground and has been temporarily unavailable since the theme park began its phased reopening in July. A favorite for many Disney World fans, this particular dinner and stage show will be sorely missed.

Related: Disney World Sends Out Another Wave of Layoff Emails

The ITM team sends our best wishes to everyone impacted by tonight’s Disney World layoffs. Tell us your favorite Hoop-Dee-Doo Musical Revue memory in the comments.