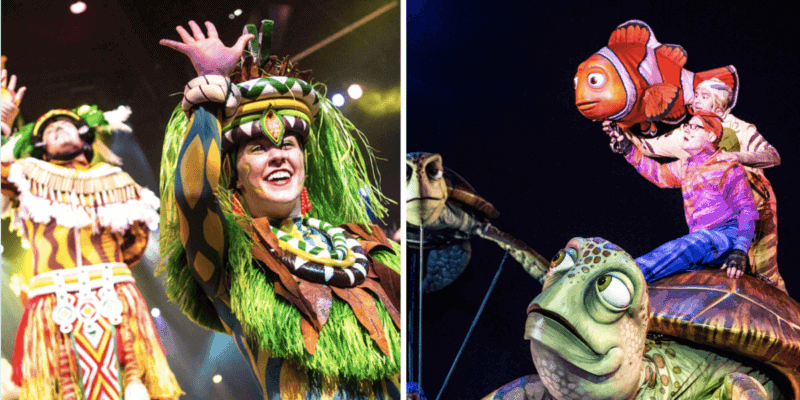 Tonight, another round of Walt Disney World Resort layoff emails have been sent out — this time primarily to entertainment Cast Members. Disney’s Hollywood Studios Streetmosphere performers and the entire cast of the Monsters, Inc. Laugh Floor have already received their layoff notices.

Now, Inside the Magic has learned that the Cast Members who were part of Disney’s Animal Kingdom stage shows The Festival of the Lion King and Finding Nemo  The Musical have also been reportedly laid off as of this evening.

Note that Disney has not officially stated any operational updates regarding these two stage shows, so at this time we do not know if or when we can expect them to return.

Many fans have taken to social media to react to the news.

Twitter user @yourWDWguy shared the unfortunate news about the live show cast and crew just a little while ago, writing:

Another Twitter user @zachsworldwdw shared his reaction to the sad news, telling followers:

I’m not trying to get any views from this, but I’m so heart broken to announce that more entertainment layoffs have been made at @WaltDisneyWorld this includes the whole casts of Monsters Inc Laugh Floor and Citizens Of Hollywood. To all affected I’m so sorry this is devastating

News of these layoffs come mere weeks after two of Disneyland Resort’s biggest stage shows — Mickey and the Magical Map and Frozen Live at the Hyperion — were officially canceled, with Cast Members receiving “end of run” notices from The Walt Disney Company.

It is important to note that tonight’s Walt Disney World entertainment layoffs — while upsetting for Disney Parks fans and Cast Members alike — are part of Disney’s previously announced 28,000 layoffs. Email notices have been going out in waves since the original announcement was made.

The ITM team sends our best wishes to all those impacted by tonight’s Disney World layoff notices.