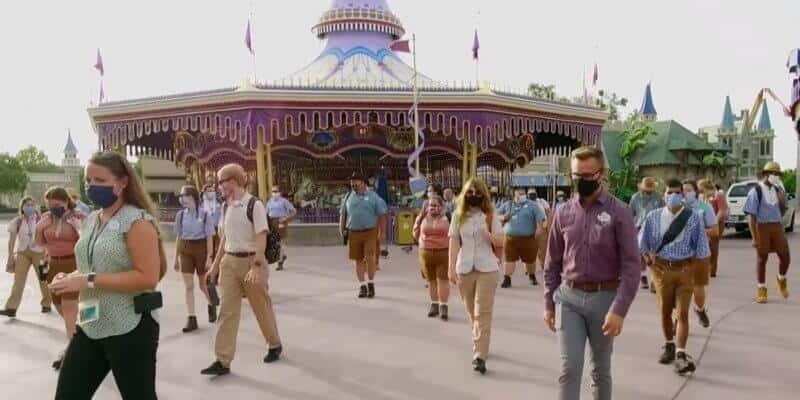 The Walt Disney Company had to make the difficult decision to layoff nearly 30,000 Cast Members due to the effects of the ongoing pandemic. With the theme parks in Disneyland Resort still being closed and the other Disney Parks around the globe still under a limited capacity and operating under limited hours, Disney is having difficulties bringing the Cast Members back to work.

Though Disney California Adventure at Disneyland Resort recently announced they would be opening up the gates for select shopping and dining experiences, which will allow the company to bring some of the California Disney Cast Members back to work, layoff notices continue to be sent out to Disneyland and Disney World CMs alike. According to Twitter, @AxelRadman says there is another wave of layoff e-mails going out to Walt Disney World Resort Cast Members today.

just be aware there is another round of layoff e-mails going on to cast members today so please be kind and friendly to your neighborhood dizknee cm!!!!!

Another Twitter user, @offaim, thinks they will be one of those getting the unfortunate news and reminded people to be nice to Cast Members during this difficult time.

Layoff emails are going out.
God I'm 90% sure I'm getting one
But it's so stressful thinking about it till it happens.
Give a hug to your cast member friends. I wasn't a fan of working at Disney but for some it was a dream.

Twitter user @mainstrtmouse pointed out that Disney is sending out layoff notices the same day they announced a new makeover will be done on the Disney World entrance sign.

In case you missed it, the Walt Disney Company announced they made the decision to layoff over 28,000 Disney Parks employees. Chairman of Disney Parks, Experiences and Products Josh D’Amaro released a statement saying that “as heartbreaking as it is to take this action, this is the only feasible option we have in light of the prolonged impact of COVID-19 on our business.”