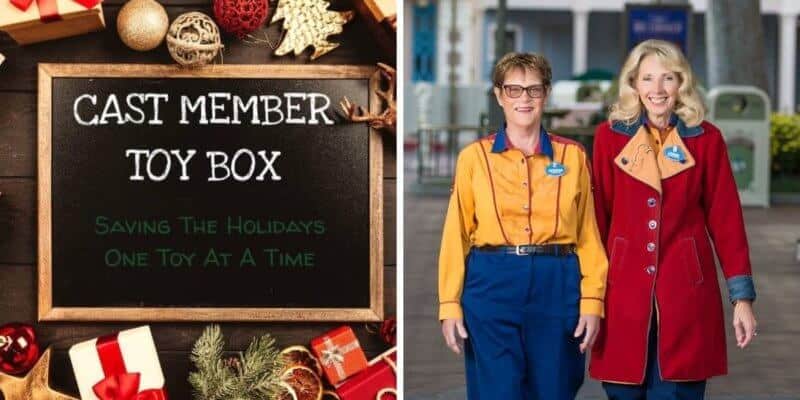 It wasn’t long ago that The Walt Disney Company announced they made the difficult decision to layoff over 28,000 Disney Parks employees. Chairman of Disney Parks, Experiences and Products Josh D’Amaro released a statement which announced the unfortunate news that thousands of Cast Members across Disneyland Resort and Walt Disney World Resort will be laid off, saying that “as heartbreaking as it is to take this action, this is the only feasible option we have in light of the prolonged impact of COVID-19 on our business.”

Among those laid off are two part-time servers from Whispering Canyon Cafe at Disney’s Wilderness Lodge in Walt Disney World Resort. Both Erin Blackketter and Laura Bartlett, who were lucky enough to be able to fall back on other careers, but they both admit that they are “the lucky ones”.

“We were very fortunate but a lot of our cast family that we’ve known for ten years were not as fortunate,” Bartlett added. “Not working there right now has been really heartbreaking. This is the end of an era for us.”

But, despite being laid off, they want to continue to spread magic and help those in need. Which is why they decided to create the Cast Member Toy Box.

“Cast Member Toy Box is a nonprofit holiday toy drive that benefits the children of Disney cast members who have been furloughed or laid off,” Bartlett explained.

They have already seen a tremendous amount of success with the Cast Member Toy Box as in just one week, Bartlett and Blackletter brought in several hundred toys, all of which will be donated to furloughed and laid off families in need just in time for the holiday season.

“We’ve got Legos, board games, but then we’ve got baby gifts and beads and art supplies,” Blackketter said. “We want to help as much of our cast family as we can. We have children from 0 to 17, so we don’t have any specific need for one need, just whatever anyone would like to donate.”

UPDATED ADDRESS: Interested in dropping off toys? Meet us on Saturday October 24th from 9am-12pm at Simply Self Storage….

The next toy drop-off drive is scheduled for this Saturday, October 24 at Simply Storage at 13151 Reams Road in Windermere from 9 am – 12 pm. To make a donation to Cast Member Toy Box or sign up as a recipient, click or tap here.

Approximately 28,000 Disney Cast Members will be laid off. In total, Disney has 220,000 employees. Our thoughts are with all of those Cast Members who are being affected by this wave of layoffs. If you are looking for ways to help these Cast Members, check out our resource article here.